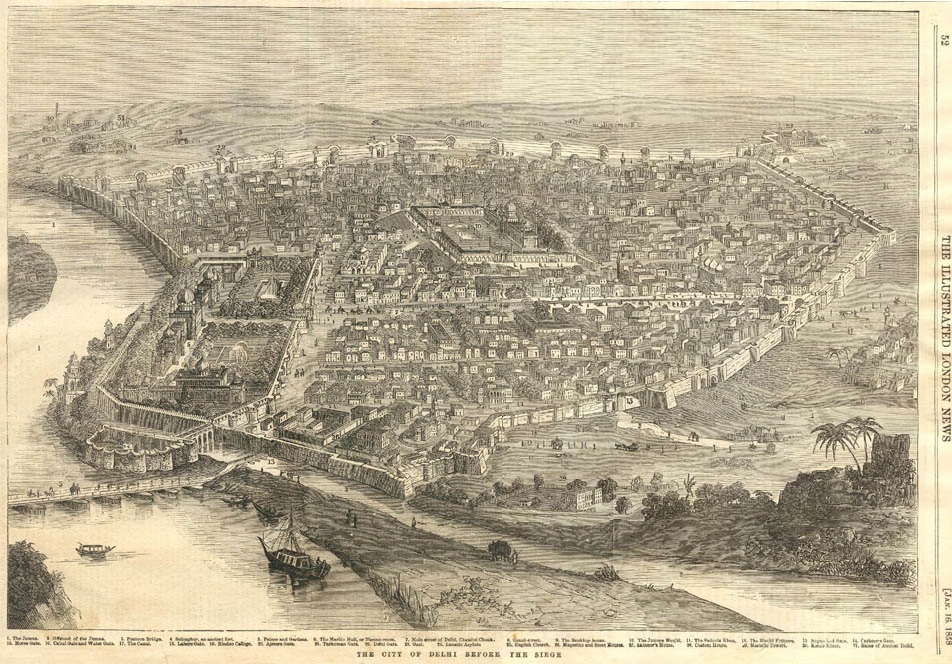 Throughout history, multiple rulers have lived their dreams of establishing an empire in India. Most of them made Delhi the centre of their rule and their Capital. As rulers changed and empires transformed, so did the names of Delhi — which is why today Delhi is known as the City of Seven Towns.

Delhi’s first city was Lal Kot, founded by the Hindu king Anangpal Tomar in the eighth century, but more can be seen of Qila Rai Pithora, established by King Prithviraj Chauhan, who seized, rechristened and expanded Lal Kot in the 11th century. The second was the city of Mehrauli, founded by the Mamluks in the 12th century. The third city was Siri that came up during the reign of Allauddin Khilji in 1303 AD. The Khilji dynasty was followed by the rule of Tughlaqs who built Tughlaqabad and Jahanpanah. The fifth city, Ferozabad, was founded by Feroze Shah Tughlak in 1530 AD. The sixth city, Deen Panah Shergarh, was built by Sher Shah Suri, and it was later ruled over by Emperor Humayun. The seventh town was founded in Shahjahanbad by Mughal Emperor Shah Jahan in 1648 AD.

Besides these names, Delhi has also been known as as Dahalia, Dehlalai, Yognipura, Hazrat Delhi and Dahlu. In one sher (couplet), Amir Khusaro, while addressing Jalaluddin Feroze Shah, called the city ‘Dahloo’.

Shahjahanabad, the Walled City of Delhi

Delhi, with its many names, has had a colourful past. Whenever history enters a new era, everything seems transformed. The period between 1205 and 1526 AD is known as the Sultanat period. When the last ruler of the Sultanat era, Sultan Embrahim Lodhi, was defeated by Taimur dynasty’s Babur in 1526 in the first battle of Panipat, Delhi’s history changed once again. Babur ruled over India for only four — from 1526 to 1530 AD — but the Mughal era lasted till 1857 AD. And it was Mughal Emperor Shah Jahan who established Shahjahanabad, which is popularly known as Old Delhi or Purani Dilli today.

Shahjahanbad, the seventh city of Delhi, has seen both glory and destruction. In its chequered history, it has been plundered and ruined time and again only to spring from its ashes to become the Capital of one of the most powerful dynasties. The enduring culture and heritage has withstood the test of time and the city continues to be alive even today.

As it is said, the city originated when the fort at Agra faced agonizing heat. Narrow lanes, lack of clean drinking water and spread of various diseases was the reason Emperor Shah Jahan decided to chose a site south of Saleemgarh to establish the new Mughal Capital after consulting Hindu astrologers and Muslim hakims.

Interestingly, the city of Shahjahanbad, which means the abode of Shah Jahan, bears a woman’s stamp. It was Jahanara, Shah Jahan’s eldest daughter, who laid the foundation of the city around 1639.

Shah Jehan was the son of Emperor Jehangir who had stuck to the Mughal Capital of Agra. After Jehangir, Shahjehan became the king. Eleven years later, he decided to make Delhi the Mughal Capital and many a time he came over here to see the town of Deen-e-Panah (Humayun’s Capital in Delhi). And so the Red Fort was built. It was the residence of the Mughal emperor for nearly 200 years until 1857.

On the orders of Shah Jehan in 1650 AD, the town’s walls were built in soil and stone at the then cost of Rs. 1,50,000. However, due to heavy rains, the walls began to crack in several places the very next year. Shah Jehan then ordered that the wall be remade in lime and stone, a process that took seven years and cost Rs. 4,00,000. The wall was 6,664 yards long, four yards wide and nine yards high, and comprised of 14 darwaaze (gates).

Location and Landscape – Situated in Northern India, Delhi is located at 28.61° North latitude and 77.23° East longitude. The north, west and south is bordered by the Indian state of Haryana and to its east is Uttar Pradesh. Right through the British Raj, Delhi used to be a part of the Punjab province. Some of the dominant geographical features in Delhi are the Aravalli Range in the south and the Yamuna that flows through the city. Delhi is well connected with the rest of the country by rail, air and road while internally public transport, especially buses and the Delhi Metro, is the lifeline of the city.

Climate  – Delhi is known to have both extreme summers and extreme winters. Summer months last from April till July with average temperature between 25°C and 45°C and occasional loo (hot and dry afternoon wind). June end to mid-September is monsoon season with frequent showers and humid weather. Winter season starts from November and lasts until February with temperatures ranging between 22°C and 3°C. March, September and October are considered fairly pleasant. The monsoon season begins in June end, along with an increase in the atmospheric humidity.

Natural Resources – The northern extension of the ancient Aravalli Range, which is popularly known as ‘The Ridge’ houses quartzite rocks. It is also said to be the green lungs for the city and apparently protects Delhi from the hot winds during summer.