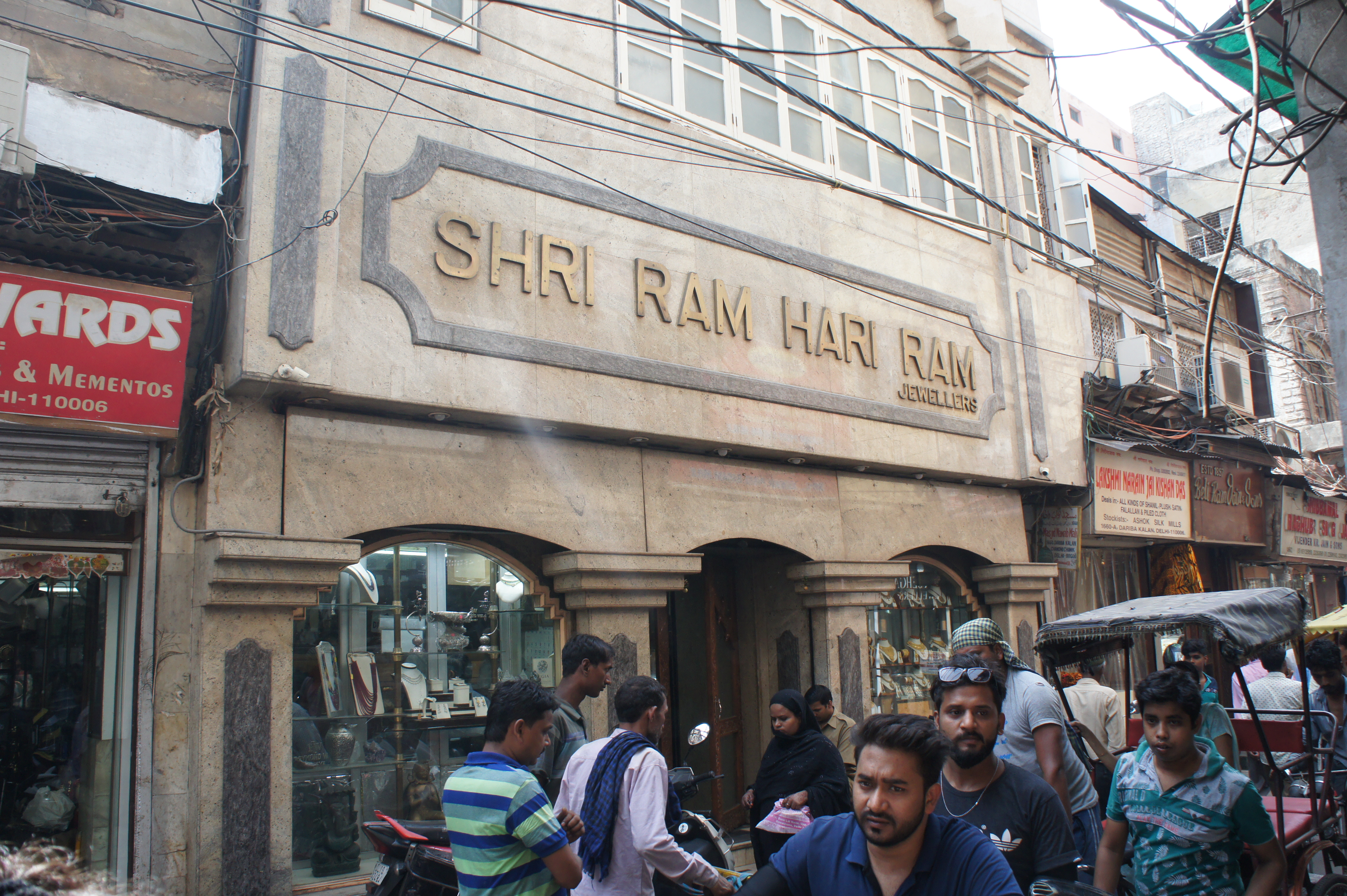 In the narrow lanes of Dariba Kalan stands the infamous Shri Ram Hari Ram Jewellery Shop. The shop’s extravagant façade stands out amongst the smaller shops. Built in 1769, it is said to be the oldest shop in the capital.

The shop has catered to many high-profile clients and it is said that during the Mughal era older generations used to present their designs in the Mughal Courts.

When we conversed with Mr. Mahesh, the current owner of the shop, he recalled the old days, the memories of growing up in Dariba Kalan. He reminisced the days where trade happened in good faith and with honesty, integrity. Shopkeepers often left jewelry out to dry and no one batted an eye.

The shop owners of Shri Ram Hari Ram Jewellery Shop still hold their traditions and customs in high value. The practice and ownership of the shop has been passed down since its conception. Customers are placed on high pedestal are treated as family. Such traditions are considered as the mark of their popularity and their foundation. The practice of valuing the customer still prevails, as the guard outside the shop distributes a kilo of rice to the needy and poor on a regular basis. In the scorching heat, this gesture alone is enough to invite a passerby.

Interestingly, Dariba Kalan is called by its current name as it was originally called ‘Daribuh’, which comes from the Persian language and supposedly means ‘a stream of pearls’.

Mahesh, it seems has a special attachment to the narrow lanes of Dariba and its inhabiting people. Quoting one of his favourite poets, he proudly shared “Kaun jana chahega Dilli ki yeh galiyaan chod kar?” (Who would wish/want to leave these streets of Dilli?).

Maybe, for this reason, the shop has maintained both its prestige and pride till date.