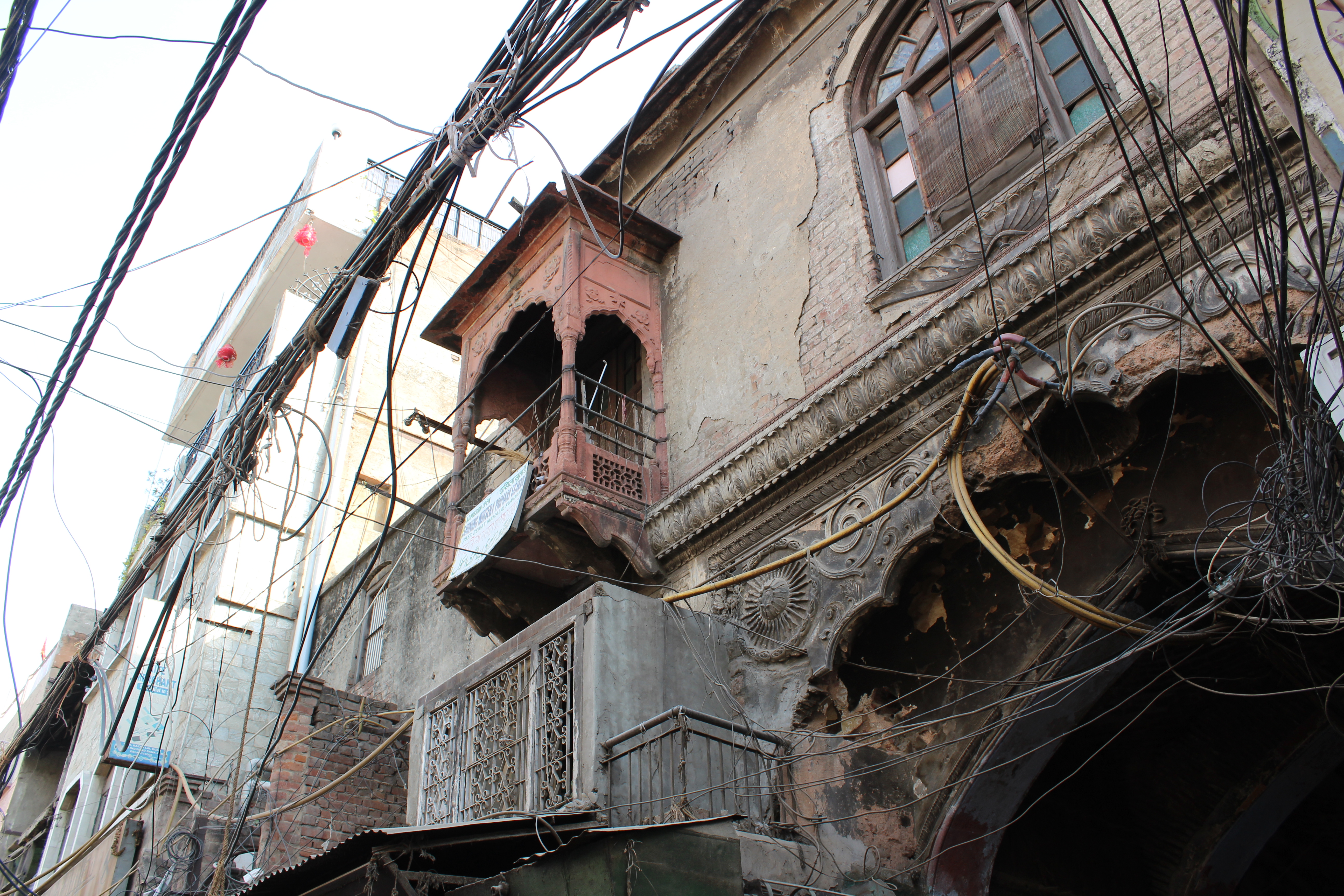 Walking by Zeenat Mahal’s palace (commonly known as Zeenat Mahal) in Lal Kuan in old Delhi, one wouldn’t refute that in first glance, the Mahal does not catch the wandering sight. The structure in 1846 lies today in a negligent state, but it wasn’t in the same condition always. It has, as folklores travel, held prominence in old days. The main gateway, some arched pavilions and the outer-wall still exists today.

Named after Bahadur Shah Zafar’s youngest and most favourite wife; the palace today is unfortunately a forgotten monument. Part of it palace today serves as a girls’ school and the rest has been occupied by various people including some dhobis and free-riders.

Zeenat Mahal was the youngest queen of Bahadur Shah Zafar (1775-1862), the last of the Mughal Emperors. He was infatuated by his beautiful wife and built this palace at a great expense to commemorate his beloved. Presently, in the back lanes of Chandni Chowk, the structure lies in the ruins of a forgotten memory and prestige and barely of any significance.

Zeenat Mahal has almost disappeared, with only the marred façade and boundary wall staring the passerby in the face. A part of the façade on the first floor appears to be frozen in time, its intricate jaali work still intact and home to a million cobwebs. If the gates with iron spokes are of any indication, this palace is probably 100 metres in length and many hundred more in depth. Once inside the gates, one can view the intricate brick work that forms the dome, still in full glory. An ornate iron spiral staircase still creaks but leads visitors to the first floor that houses shops and godowns today.

According to the residents, the palace was later bought by the Maharaja of Patiala who undertook the initiative of developing it into a government school. For the local residents, this girls’ school, occupying the inner-space, is a blessing as it is bringing education right to their doorstep. It is the only educational institution in this area. All the girls from this school are bright students, graduating with flying colours. In the outskirts lies a cluster of shops overhung with overlapping electric wires and signboards. At one corner a dhobi piles his ironed clothes and on another dirt and refuge, litter the street over which all sorts of vehicles meander their way in and out.

And yet this place was one of the most flourishing areas of Shahjahanabad.

When one buys nihari from the roadside facing Zeenat Mahal, all this and more comes to mind and one wishes that this structure was somehow restored to its pristine glory and a revival of its prestige commences. The memorial to a once gallant queen and freedom fighter that opened the doors of the Red Fort to the rebel sepoys from Meerut on the morning of May 11, 1857, should be honored as she was known for – for her beauty, brains and courage. And so should the mahal that stands in shadows.