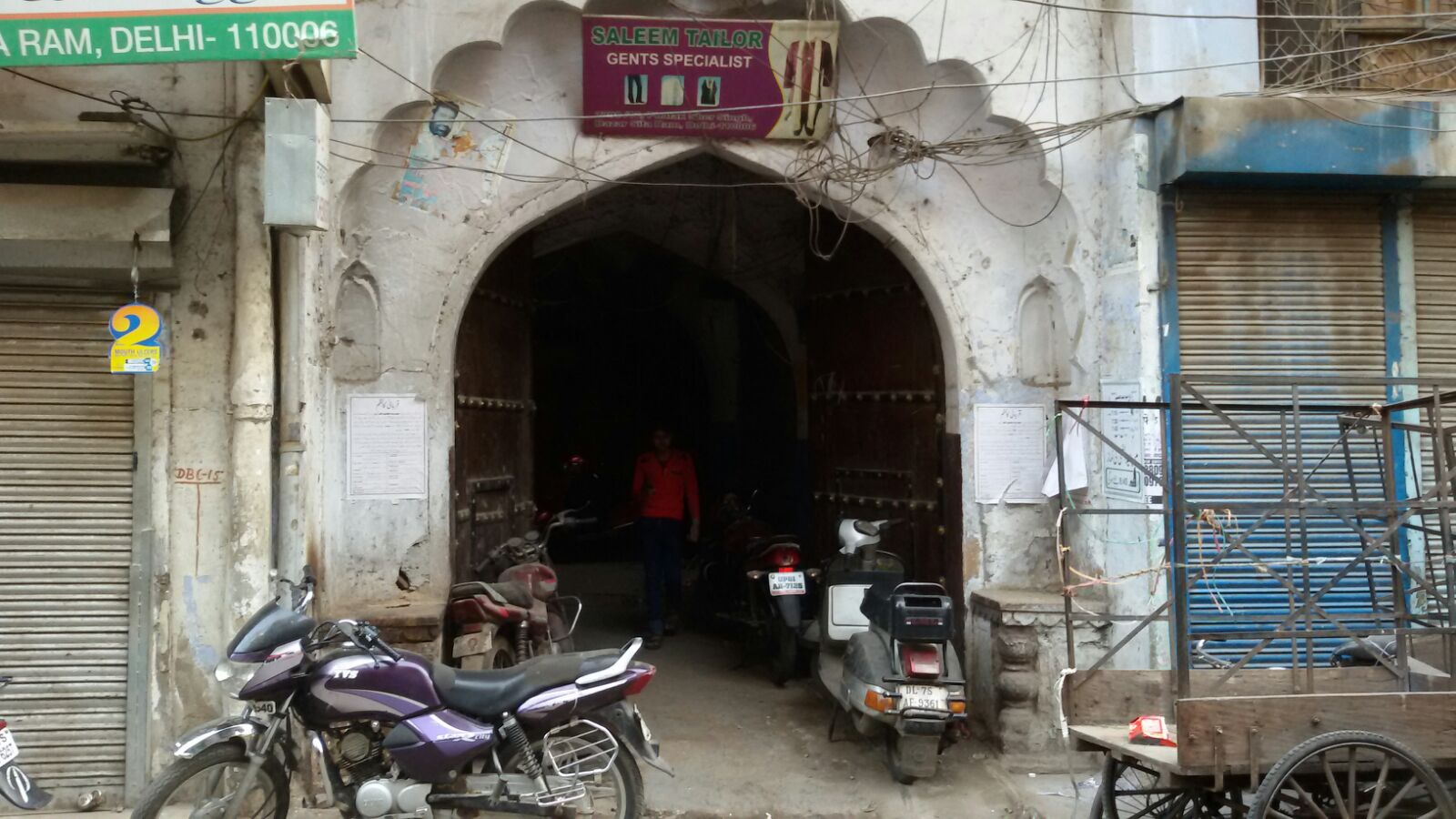 Living beyond the realm of the twilight of Mughal splendour, havelis today are not a very common sight. The elegance of architecture is lost today, as many of them have been turned in warehouses, slowly demolishing the easy going pride that was synonymous with such havelis. The old world no longer exists in the manner that the broken bricks remember. Most of them have been witness to rapid changes, urban sprawls, tea shops, and general encroachment. The shifting of gears to an adopted modernity has not been easy for the havelis of Dehli. As the Capital of Hindustan transformed from Dehli to a colonial Delhi, the havelis alongside the Rausa lost their grandeur, and gradually faded out. Of the havelis that exist today, Haveli Nawab Mandu basks in the glory of antiquity, a memoir of a lost world.

Located in Sitaram Bazaar, Haveli Nawab Mandu is named after the Nawab Ghazanfar ud Daulah Muhammad Wazir Beg Khan, alias Nawab Mandu Khan. As was the tradition, the haveli was named after the Emir who laid the foundation for it. Nawab Mandu was a Risaldar (commander of a troop) of the erstwhile state of Awadh.

Nawab Mandu also built a mosque near Bulbuli Khana at Turkman Gate. His daughter was married to Nawab Alauddin Ahmad Khan of Loharu state, and the haveli was built in honour of the wedding. The property on which the haveli stood was one furlong in length, stretching from Sitaram Bazaar.

There are several stories about the grandeur of the haveli when it was newly built. The royals who were part of the wedding procession were dazzled by the beauty and wide expanse of the haveli. They kept discussing how the Nawab had left no stone unturned in presenting the best possible dowry for the newly-weds. The Rajas and the Emirs were very pleased with everything that the Nawab had arranged for. There was, however, one man who thought otherwise. Nawab Mandu’s family had entrusted the horses to a Purbia servant from the groom’s side of the family. The mulazim (servant) was walking along with the procession leading the horses. Overhearing the conversations among the elite, he commented with concern,

The flats that came up inside Nawab Mandu’s haveli post 1999, when it was sold off, leave very little for imagination. Only the dar or the gate exists as it used to. Inside, instead of a wide expanse of open space lies a claustrophobic den of wires, shops and buildings rising up into the sky with only a bit of sunlight peeping in through the top. With the damage caused to the erstwhile city, its ethos, language, poetry, people, and even structures such as these havelis have changed. They have borne the brunt of an unseeming marriage with modernisation.