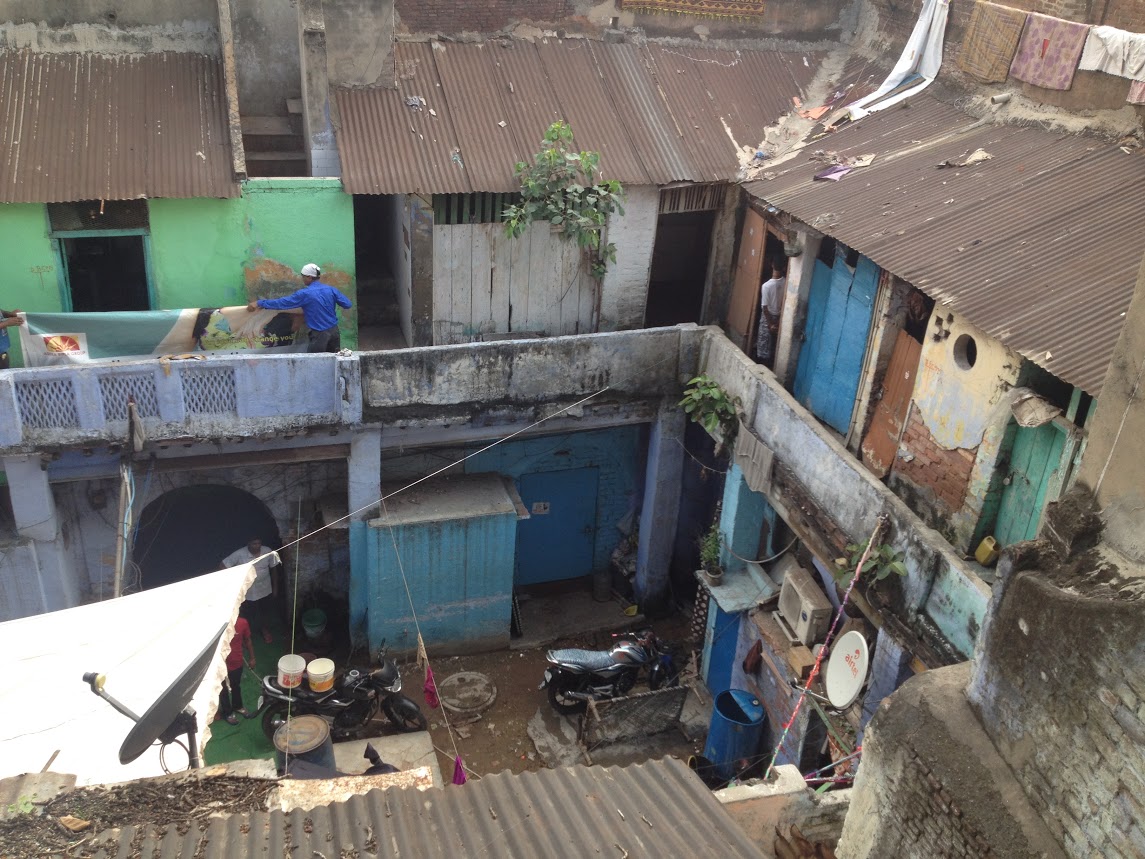 According to the present-day residents of Haveli Razia Begum, the building they are living in is from the time of the British (angrezon ke zamaane ka). Around 50 families live in the structure of Haveli Razia Begum, which is located near Chawri Bazaar Metro Station. Most of the older residents, who are mostly octogenarians, claim that they were born here and their parents had lived here. It would be right to guess that the structure has been used for residential purposes since right after the fall of the Mughal Empire.

Razia Begum’s real name was Rajna Begum (which changed over time to Razia). She was the daughter of Nawab Qamar-ud-din Khan, a minister in Shah Jahan’s court. Rajna had two other sisters, Shahtara Begum and Nawab Mubarak Nisa Begum (who got married to Sir David Octherlony, who used Dara Shikoh library as their residence). Nawab Qamar-ud-din owned the entire stretch from Hauz Qazi to Ajmeri Gate. The havelis of the three sisters were situated in proximity to each other and were interconnected.

The structure has an entrance courtyard, around which the building is raised and also has another courtyard in the back through which it is said that the haveli is connected to another haveli, which was the residence of Razia Begum’s sister.

As the structure began to be used for residential purposes, the inhabitants removed the Mughal architecture’s trademark pillars and built walls to create rooms. The third or fourth generations of families, who moved in, continue to live in the structure, paying a monthly rent of Rs. 50 to 100.

One of the residents of the Rajna Begum Haveli.

The owners of the building for three generations, since its auction post-Partition, have recently sold it. While currently parts of the building are falling apart, the current owners don’t seem to be ready to invest in its preservation. According to the residents, the reason for the negligence is to allow the decay of the building to build a new property.