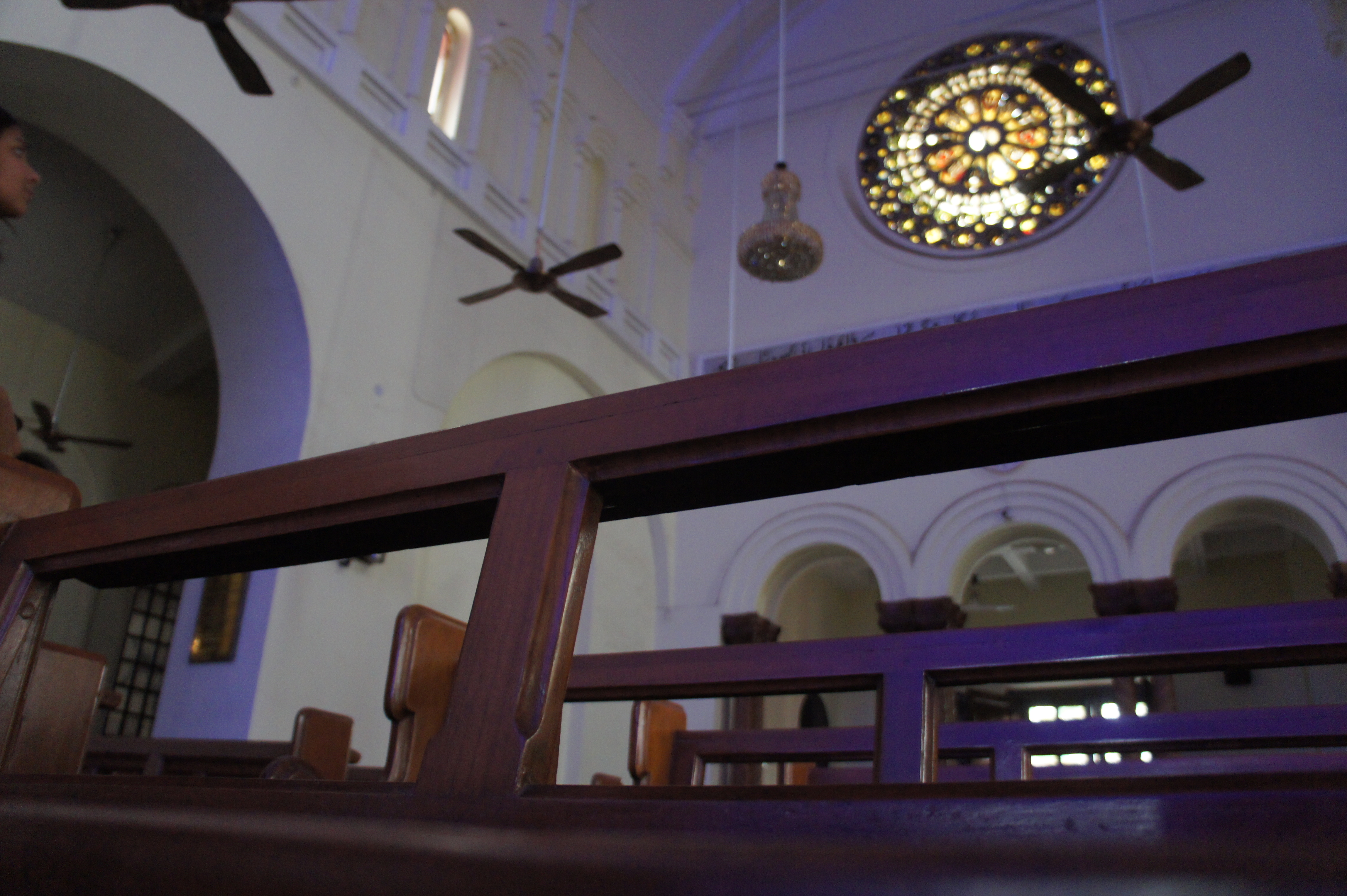 While exploring Fatehpuri, one of the oldest parts of Chandni Chowk, it is hard to miss the remarkable architecture of St. Stephen’s Church, situated on the Church Mission Road. Built in 1862, the church still caters to a plethora of regular and visiting worshipers under the tutelage of Mr. Moon.

Mr. Moon and his family have been associated with the church for decades, and many generations have worked here. His mother spent her entire childhood playing in this neighbourhood and more specifically, at the church. After growing up, she took up the job of the caretaker and soon afterwards, Mr. Moon stepped in her shoes as he took over the role. He was part of a lineage, both his mother and he were following his great grandfather who at one point of time, also served as the caretaker of the church. Similar to a family heirloom, the church had been under the family care since many generations.

Mr. Moon recollecting his childhood days shared that he wasn’t a supporter of working at the church on Sundays but over the years grew found of the peace and calmness that the place brought to many visitors. He also mentioned a school that used to stand right next to the St. Stephen’s Church, but didn’t gather as much popularity, resulting in its shutting down. Despite so, the church still nestles in the heart of a very busy and bustling Fatehpuri market, which sees a sea of humans every single day. People from all over Delhi come to the market in search of carpets and mattresses.

The church stands on a sturdy foundation built in 1862 and was founded by the Society for the Propagation of the Gospel missionaries. It conducted the first prayer meeting on 11th May 1867 but restricted entry to privileged bureaucrats and founders. Its façade, resembling a grave, was meant to pay tribute to the sacrifices made by St. Stephen as a proponent and martyr of Christianity. The prominence of Urdu and Roman languages at that time, found a representation in form an Urdu inscription right below the stained glass window on the glass wall facing the cross. The inscription when translated read, “My house shall be called as the house of prayers, but you make it a den of robbers.” While the significance of the words is still unclear; its architecture, made of several different metals and elements like copper, render it the only one-of-its-kind in Delhi.

The church welcomes people from all religions on Christmas Eve, as people from different religious backgrounds visit to pray and light a candle, thus setting an example for other religious institutes.

Presently, St. Stephen’s Church has been declared as a heritage building and continues to strive towards creating a harmonious environment for everyone, irrespective of their faith and beliefs.