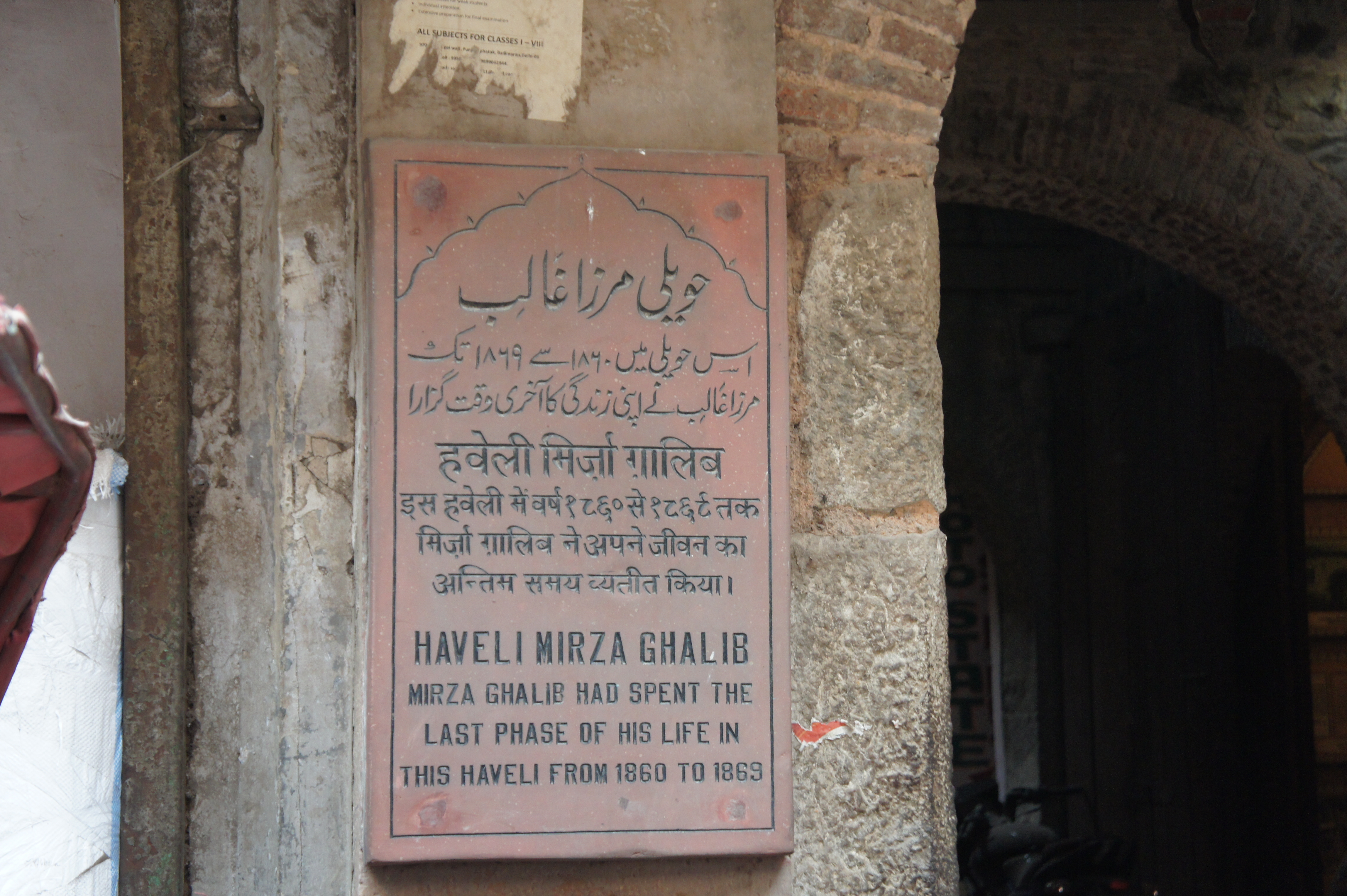 In the densely populated neighbourhood of Old Delhi, in the hustle and bustle of Ballimaran, there once lived the man who changed the world of Urdu poetry forever. Mirza Asadullah Baig Khan, better known by the name ‘Ghalib’ was born in Kale Mahal Haveli in Agra on 27 December, 1797. He was a spectator to the transition of power from the hands of Mughals to the British. He shifted to Delhi, while under siege and witnessed India’s first war of Independence in 1857.

Enveloped in flurry of honks and rickshaws, clothed with seasoned men and weathered dwellings, the Qaasim Jaan Gali is home to Mirza Ghalib ki Haveli, where the poet resides who, till date, is revered by the connoisseurs of literature throughout the world, resides. It was here that Mirza Ghalib spent his last years.

In 1999, the Delhi government declared it as a heritage site in an attempt to restore it, yet the legacy and heritage still suffer from abandonment and indifference.

Upon entering, the Haveli opens up to a display of Ghalib’s couplets in his own handwriting placed beside those of Ustaad Zauq, Abu Zafar, Momin Khan Momin, and other noted contemporaries of Ghalib. The Haveli is not only a testimonial to Ghalib’s legacy but is also an insight into Mirza’s personal life. Among other things, patangbaazi (kite flying), chausar (cross and circle board game that originated in ancient India) and shatranj (chess) are listed as his deep interests.

The Haveli also treasures a large frame that encases the last portrait of Ghalib’s – a sketch with his hookah, handwritten books and letters along with utensils from his time. The highlight however is the white-stoned statute of Mirza Ghalib presented by the famous Indian poet Gulzar. Other prominent features of the Haveli include its sandstone floors, wooden gateway entrance, the Mughal lakhori bricks and the chhajjas within the courtyard.

Mirza Asadullah Khan Ghalib breathed his last within the confines of this Haveli. Not only is it heart-wrenching to witness its ravaged condition but it is also startling to see how its reality has aligned with Sahir Ludhianvi’s verse, “Jin shehron mein gunji thi Ģhalib ki nava barson, un shehron mein ab urdu benam-o-nishaa thehri ” (Those towns where Ghalib’s voice echoed for years, there’s not a mark left of Urdu in those cities).

Today, Mirza Ghalib ki Haveli deserves our long-overdue attention, and its history deserves a chance to be revived, heard and admired.