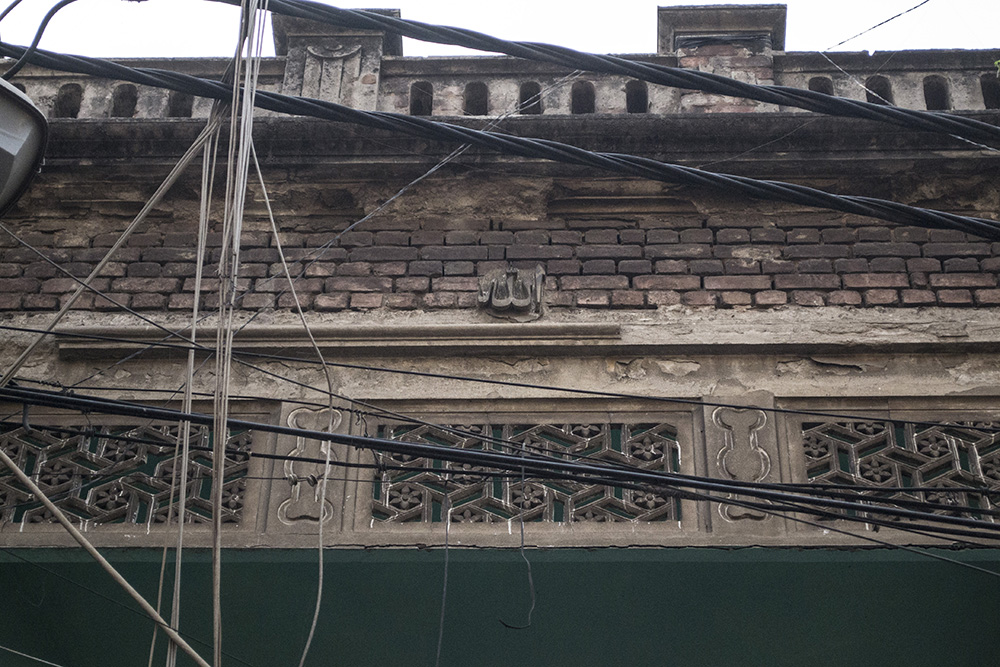 Towards the end of the Chitli Qabar market, which is located on the road in front of the Jama Masjid, is a narrow lane that leads to an area famous for envelope making. If one is unaware of the history of the place, it would be hard to believe that the area was once Hazara Begum Ki Haveli, especially since hardly any local recognises that name any more.

An envelope factory inside the haveli

More than two centuries ago, the haveli used to be famous for its beautiful garden, fountain and a waterfall until Munshi Sadaruddin Khan bought the haveli and completely revamped it.
Sadaruddin broke down the haveli into multiple houses and shops for financial benefits, and renamed the haveli after himself — Haveli Sadaruddin Khan.

Over the years, the haveli has been broken down into even more houses and little of the original charm still remains. However, the original arched gateway of the haveli is still a landmark in the area.

The haveli, in its glorious days, was also known for the Arabic inscriptions embossed on the façade and on the inside of the building. One such inscription, of the word “Allah”, can still be seen on the façade of the haveli, just above the arched gateway. However, it’s partially hidden by the many electric wires that hang loose around it, stealing the limelight from heritage.