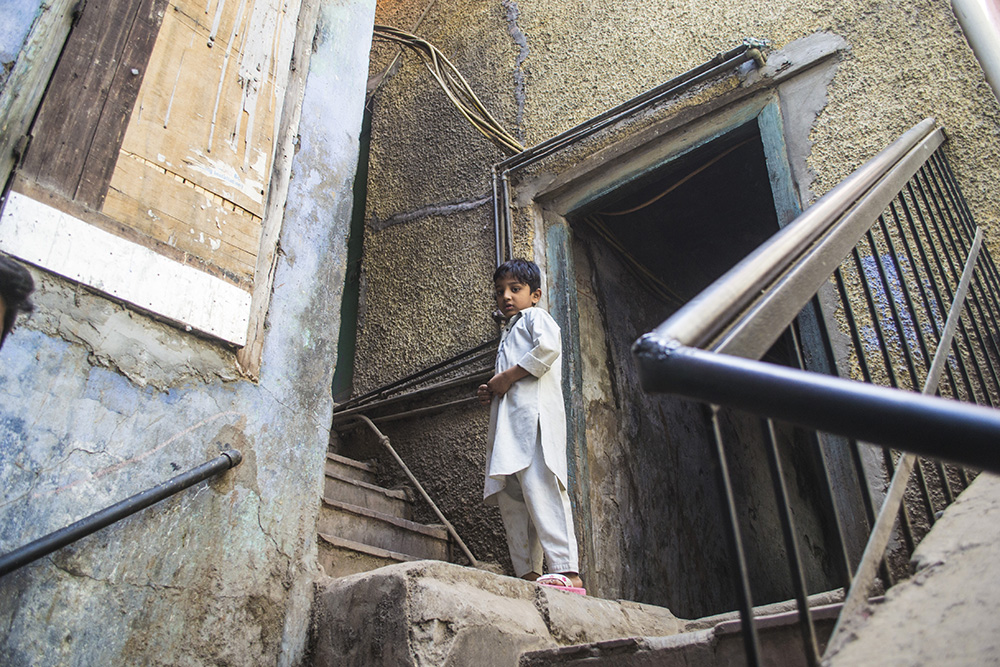 Pahari Imli is a residential locality situated at the end of a lane opposite the majestic Jama Masjid in Old Delhi. Pahari Imli has been named so because it is located on a hill (pahar) where there used to be a big tamarind (imli) tree. The tree no longer exists today, but the name has stuck over the centuries.

Interestingly, trees have had significance in this area. All the houses and havelis in the days gone by had a courtyard with at least one tree in it. Shahtoot (mulberry), jamun (blackberry) or neem (Azadirachta indica) were some of the most commonly found trees in the area. However, as population increased, the houses became smaller and smaller — giving way to the apartment culture with one house on top of another. Today, none of the houses in Pahari Imli have a courtyard, and there is only one tree left, a neem tree.

In the 1800s, the pahari (hill) was just a steep slope with one haveli. This haveli belonged to Mir Panjakash, a calligrapher and arm wrestler. People from all over the country and even from Persia came to Panjakash who proudly taught them beautiful calligraphy even though he didn’t know their script.

As delicate was his skill, as strong was his arm. He got his name from arm wrestling (panja ladana). It is believed that Mir Panjakash lost to no one, not even to wrestlers who came from Persia, Iran and other parts of the world to defeat the calligrapher.

Today, Mir Panjakash’s haveli has been converted into a primary school but one can visit his tomb nearby if the owners of the house, in which the tomb now exists, permit.

There is another tomb nearby, which belongs to the ustaad (teacher) of Mughal Emperor Aurangzeb, and is placed within a small mosque on the slope of Pahari Imli.

The grave of Aurangzeb’s ustaad

Even the hill slope has seen a transition over the years. With rise in settlements and urbanisation, the slope was converted into a few flights of stairs leading the residents to and from their homes. Thus, making climbing easier for them.

Close to Pahari Imli is Pahari Bhojla, named after a notorious dacoit called Bhojla. The Jama Masjid is also located on a part of this pahari. It is believed that the dacoit operated from this pahari years before Mughal Emperor Shah Jahan decided to shift his Capital from Agra to Delhi, but the people continued to refer to the area as Pahari Bhojla.

There are two more paharis nearby, each named after the profession of the people who inhabited these hills — Pahari Darziyan (tailors) and Pahari Rajan (masons). As expected, there are no tailors or masons residing in these localities today.