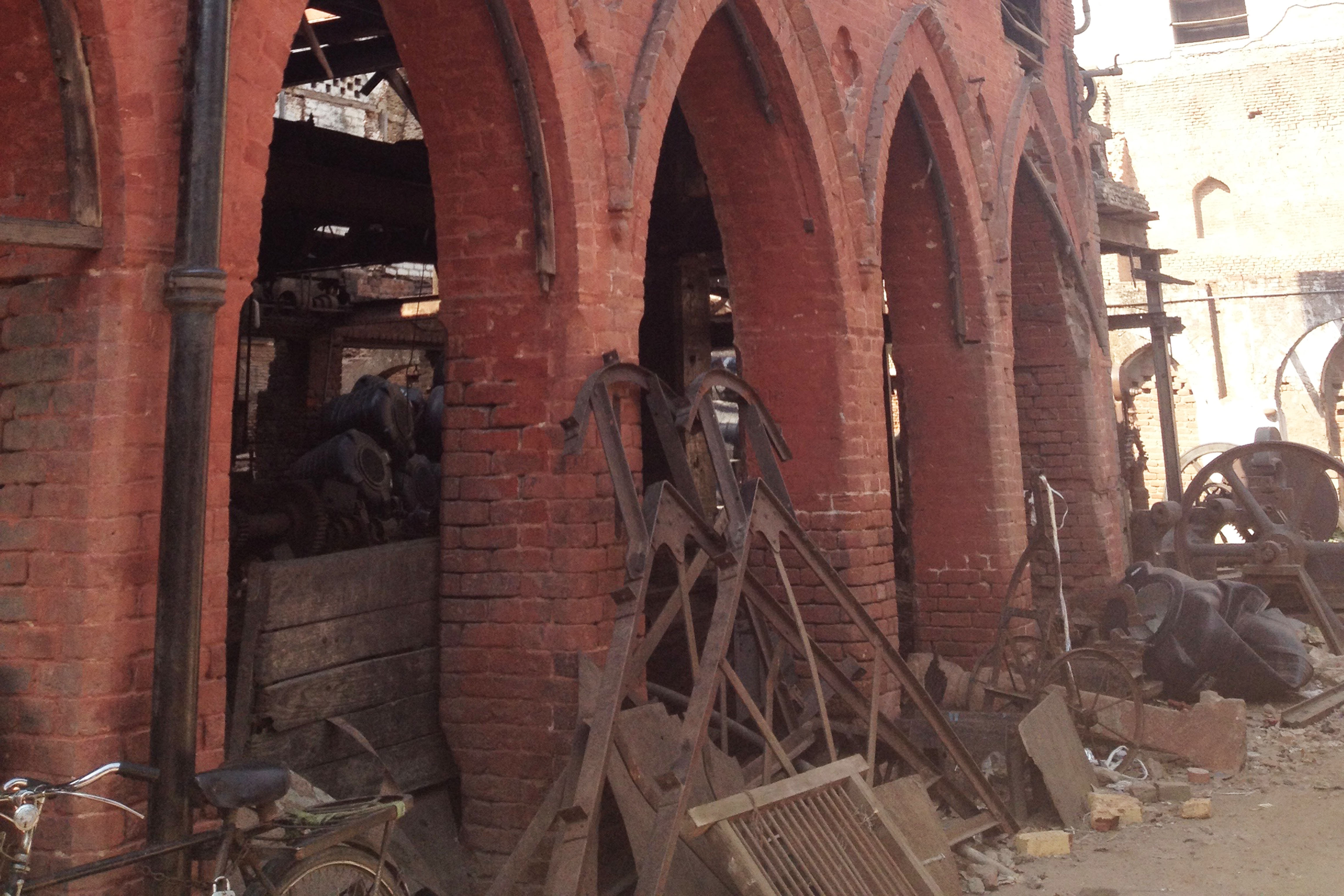 Nawab Mirza Dawud Khan was a minister in the court of Mughal Emperor Bahadur Shah Zafar.

Dawud Khan resided in a haveli located in Churi Walan near Chawri Bazaar in Shahjahanabad (Old Delhi). Back then, this haveli was considered to be one of the most beautiful havelis of the Mughal era, with a wide courtyard and a fountain in the midst of it.

Adjacent to the haveli was an erstwhile stable, which housed horses and horse carts. The stable was built at the same time as the haveli and its land it is still a part of the larger haveli. However, after the Revolt of 1857, like most of havelis of the Mughal empire royalty, this haveli too was taken under the control of the British.

Later, the haveli was auctioned to a Bhanna Mal & Gulzari, a father-son duo, in 1870.

Legal documents showing the ownership of the property in the name of Bhanna Mall and Gulzari. Photo courtesy: Furkan Latif Khan

The premises of the haveli were cleared up and an iron mill was set up by the name of Delhi Iron Works in its compounds. From 1870-1901, Bhanna Mal and Gulzari Mal acquired multiple pieces of properties around the haveli, and consolidated them eventually. That’s when the stable was converted into a godown.

Delhi Iron Works was one of the first iron mills established in India, with their trade gathering clients like Tata Iron and Steel Company. The extent of their business can be imagined by the fact that the then governor of Bihar and Orissa was a close friend of Bhanna Mal.

The present owners of the haveli show a photograph of an image of the Delhi Iron Works. Photo courtesy: Furkan Latif Khan

The entire haveli is at present used as a godown since the iron works mill was closed down and the successors of Bhanna Mall & Gulzari Mall moved on to other businesses.