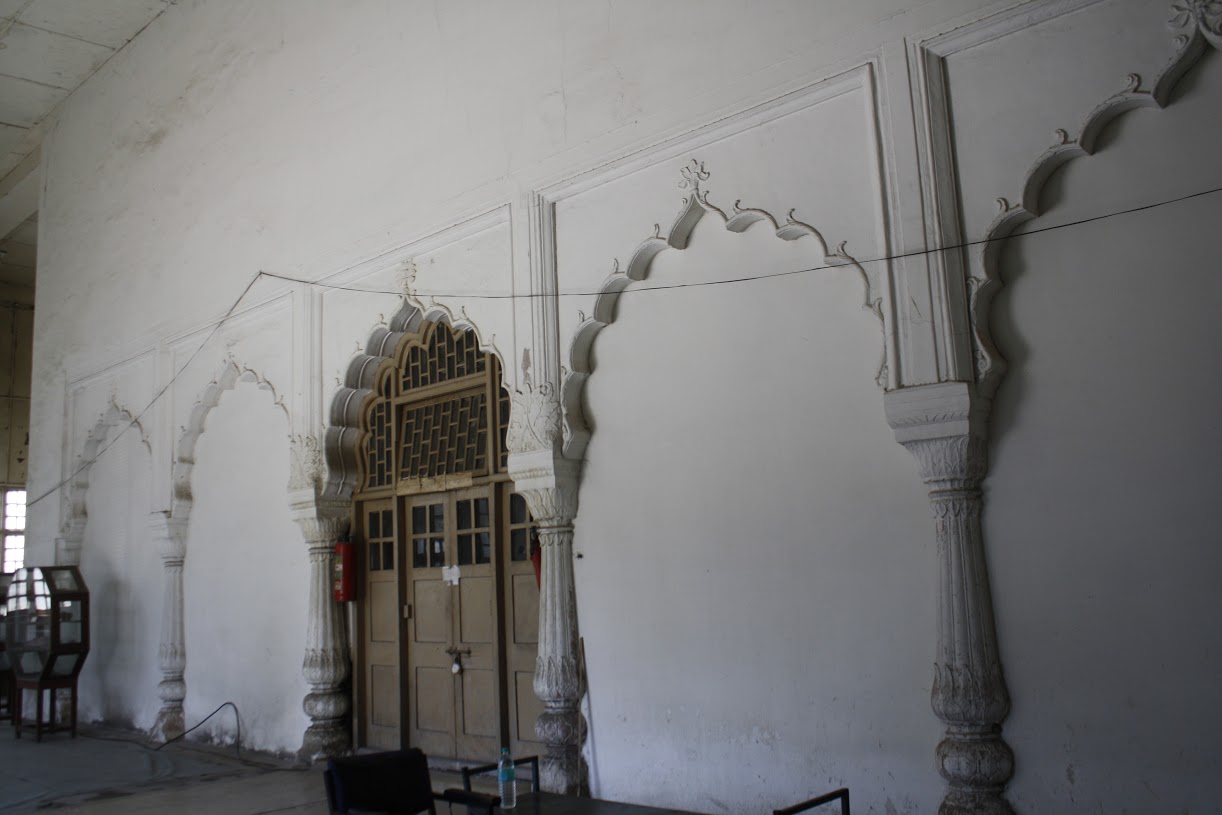 Dara Shikoh, the eldest son of Mughal Emperor Shah Jahan, Library was constructed in 1643, during his father’s reign. Around 1640, when the Mughal Capital moved from Agra to Shahjahanabad, so did Dara Shikoh’s library.

Dara Shikoh had a flair for knowledge and literature. Being his father’s favourite son, Dara Shikoh was never sent to govern far flung areas, but a hefty allowance was withdrawn in his name, to keep him home. He commissioned the translation of several books from Sanskrit to Persian and vice versa. He is also known for his support and commissioning of Mughal miniature paintings.

Dara Shikoh used to be surrounded by people from all religions ranging from pandits, yogis to Sufis. As part of his initiations and supported by well-read men, he conducted the translation of scriptures like the New Testament, Jewish texts and Upanishads, among others.

The library started off from being a famous library of Dara Shikoh, to the residence of Sir Ochterlony, Viceroy of Punjab, to being a government college and Madrasa Zila Municipal Board to the office of the Archaeological Survey of India, which has now been shifted and the structure has been closed off.

The library, which was built in simplistic Mughal architecture with red sandstone, is said to have 2,50,000 books in Arabic, Persian, Sanskrit and a lot of translated works. Dara Shikoh, the Mughal prince who was known for his interest in learning about different religions, used this library to interact with scholars from all ideologies and religions. Unfortunately, in 1659, Dara Shikoh was executed by his brother Aurangzeb on the charge of being a heretic.

The library was then gifted to Ali Mardan Khan, the Governor of Lahore, and then to Juliana Dias da Costa, who was of Portuguese descent, serving the royal princesses as a teacher, in the court of Aurangzeb and later on in Bahadur Shah’s. Juliana owned the library until 1761, when Ahmed Shah Abdali’s carnage led to the escape of the granddaughter of Juliana.

In 1803, the library was occupied by David Ochterlony, then British Resident, as his residence. At this time an additional façade, a driveway and a staircase were added to the building. The façade is, therefore, lined with trademark colonial pillars separated by huge windows, which gives the structure the impression of being built in the colonial era.

Afterwards, the building was turned into the Delhi College till the mutiny of 1857. It is said that the books of the library were destroyed during the mutiny, after which the building was used as barracks for the British army. The building has also been home to an Anglo-Arabic school for a while.

It is said that at the time of Independence, the last remaining books from the library were thrown out on the street and burnt or sold as junk.

The building is currently a defunct museum and a deserted office of the Archaeological Survey of India and sits in the centre of the vibrant campus of Ambedkar University, Kashmiri Gate.