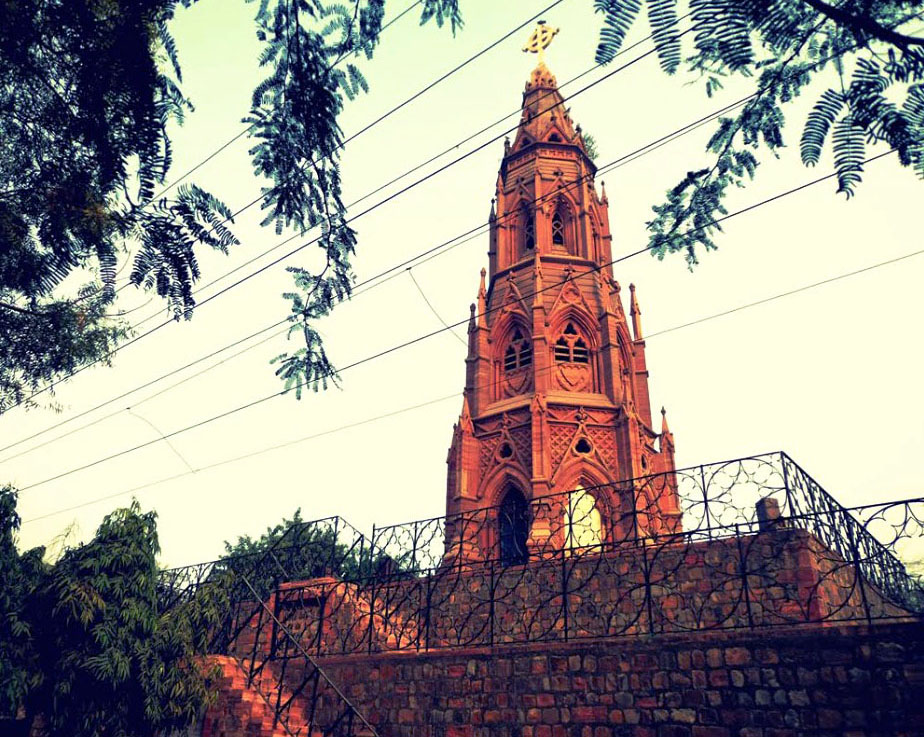 Even though the grand structures of Delhi are in ruins, history unfolds itself here building by building and site by site. One such structure that speaks volumes about the history of Delhi is the Mutiny Memorial.

Located near Bara Hindu Rao Hospital on Rani Jhansi Road, the Mutiny Memorial was hastily designed and built in 1863 — by the Public Works Department — at the site of Taylor’s Battery. The Memorial honours the soldiers of Delhi Field Force who died during the Mutiny of 1857.

After the Revolt of 1857, the city was recaptured by British under the successful leadership of Brigadier General George Nicholson (who led the British attack on Delhi) and after whom the cemetery near Kashmere Gate is named. As Delhi was brought “under control”, the British set up their camps near the ridge to have a better control through the entry points of Kashmere and Mori Gates.

However, the Memorial was much criticised, especially post-Independence, and on the 25th Independence of India, in 1972, the Indian government renamed it the Ajitgarh (Place of the Unvanquished) and converted into a reminiscent of the Indian soldiers and declared a protected monument. At that time, a new plaque was also added which said that the “enemy” mentioned by the British were actually the freedom fighters and martyrs of India, who fought bravely against the repressive colonial rule in the First War of Indian Independence. In an attempt to commemorate the martyrs, their names were etched on slabs around the Memorial.

The Memorial is an octagonal tapering tower in red sandstone. Built in the Gothic style, it has an ornamental façade with circular interiors. At the top of the 33-metre high tower, with a brick spire, stands a crucifix. To ensure that the building was higher than any in its proximity, it was constructed on a base with two-tiered platform, accessible through a flight of steps.

The Memorial is surrounded by the lush greenery of Kamla Nehru Ridge and lies only 200 metre south of the Asokan Pillar. The memorial is at a vantage point to view Delhi and till date continues to be a major visiting site especially by the relatives.

However, it’s not just the architecture and history that makes the Mutiny Memorial interesting. There are also several rumours attached to the structure. People nearby believe that the place is haunted because years after the structure of erected, authorities allegedly found bodies of British soldiers. In some cases, only heads were found.