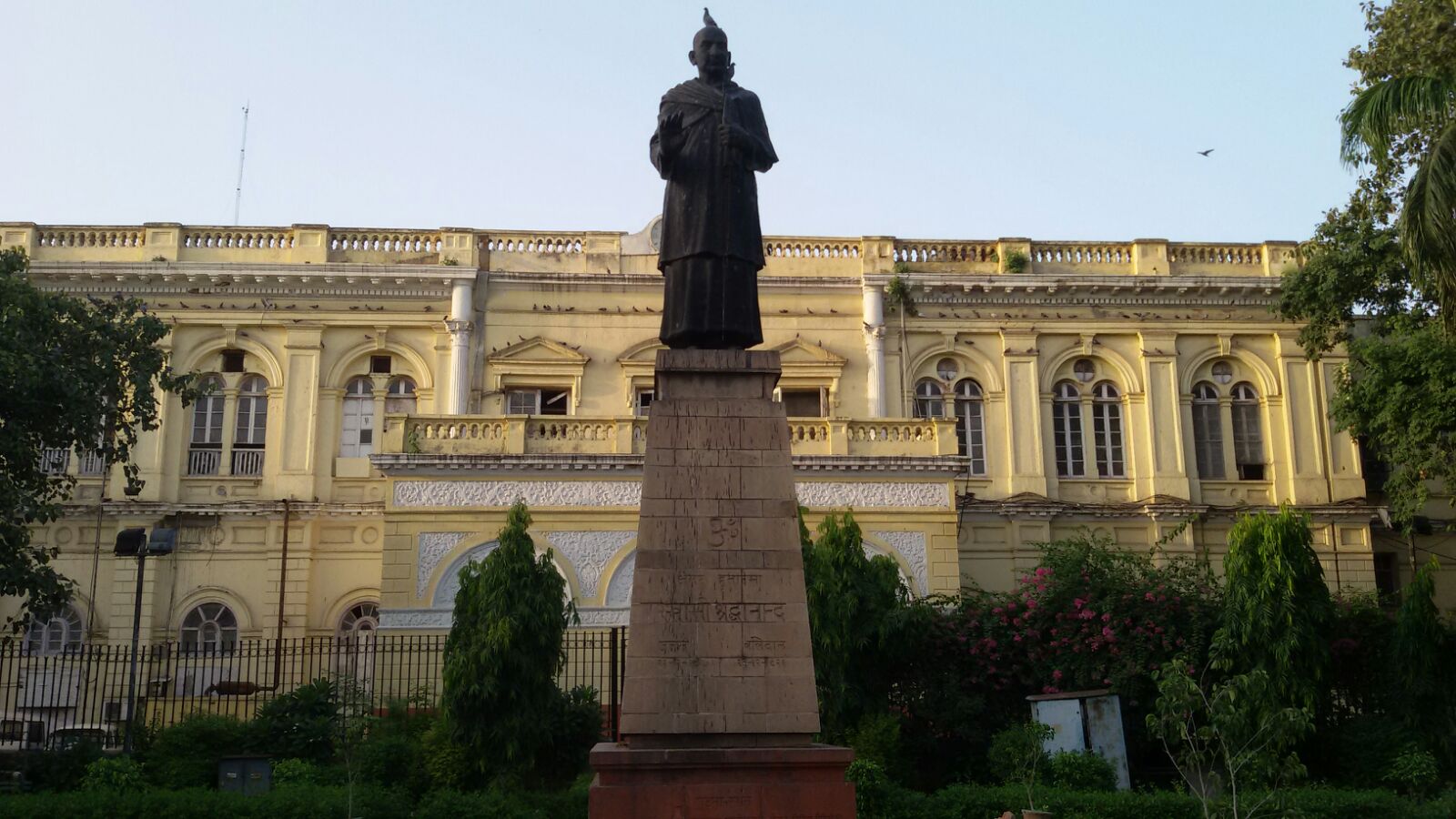 In the laying out of the Faseel Bandh Shahr of Shah-e-Jahan Abad, Princess Jahanara ordered for the construction of a caravan serai for the comfort of Persian and Uzbek merchants coming to the city for business. The serai khana was to lie in the eastern parts of the city. A beautiful blueprint for the serai was laid out. The garden around the serai khana was a specimen of the typical oriental pleasure retreat. It was meant to have one of the most beautiful gardens in the whole of Shajahanabad.

Mughal Emperor Shahjahan is said to have visited the spot with his minister Sa’adullah Khan. The pristine gardens had overwhelmed him as he quoted renowned poet Amir Khusro:

Charles Fanshawe, in 1902, has mentioned, “Proceeding up the Chandni Chowk and passing many shops of the principal dealers in jewels, embroideries, and other products of Delhi handicrafts, the Northbrook Clock Tower and the principal entrance to the Queen’s Gardens are reached. The former is situated at the site of the caravan Serai of the Princess Jahanara Begum, known by the title of Shah Begum. The Serai, the square in front of which projected across the street was considered by Bernier one of the finest buildings in Delhi, and was compared by him with the Palais Royal, because of its arcades below and rooms with a gallery in front above. Bernier was of opinion that the population of Delhi in 1665 was much the same as that of Paris, a striking instance of how population follows the court in the East.”

The Town Hall was planned before 1857, and was constructed between 1860 and 1863. It was constructed out of yellow brick and stone, and carved in white stone trim. It was initially built as a centre for Europeans and named Lawrence Institute. The Institute contained a Darbar Hall with a public library and reading rooms. According to the Municipal Corporation of Delhi (MCD), the Town Hall had been planned to serve as an office for the municipality, the chamber of commerce, a literary society, a museum and a place to build relationships between European and native men and women.

The Delhi Town Hall is a landmark building. It was the seat of the Municipal Corporation of Delhi from 1866 till late 2009, when the office shifted to Minto Road. It was built with provincial funds of Rs 30,000 from the Indian citizens. One such person was Lala Mahesh Das who is believed to have given a large percentage of this money.

“The municipality managed to acquire the building after a lot of effort in 1886 for Rs. 1,35,475,” says an MCD official. Initially, the Town Hall housed a statue of Queen Victoria, but post-Independence, it was replaced with a statue of Arya Samaj leader Swami Shraddhanand. Swami Shraddhanand was a great leader and, alongside Hakim Ajmal Khan of Ballimaran, had quelled the riots which had -seized the city in 1919.

While the Swadeshi movement was on, Hakim Ajmal Khan, a well-known practitioner and proponent of Unani medicine, had stated the need for an institution for the practice and standardisation of indigenous medicines, incorporating western surgical techniques. It was at the Town Hall that he delivered a speech, which had a wide impact, leading to the inauguration of the Tibbia Colleges, which are functional even today.

When India became Independent on August 15, 1947, Ghanta Ghar — one of the oldest clock towers of India — was lit up for the occasion and the Union Jack on the top was replaced by the tiranga. Unfortunately, the upper part of the tower collapsed in 1950, killing some local citizens and leading to a court case. Interestingly, the Ghanta Ghar, starting from 1919 until today, has also been seen as a site for protest by many groups of individuals on various occasions.

Mr. Chakravarty, a municipal engineer, mentioned that the building was 80 years old at the time and the expected life of the structure of the top storey, considering the type of mortar used, could be only 40 to 45 years, and the surviving middle storey could be saved for another 10 years. Following this unfortunate incident, the Town Hall was restored and it stands today as a landmark in the heart of Chandni Chowk, breathing history, and exuding an old world grandeur; one that speaks of both Mughal and British history in India.