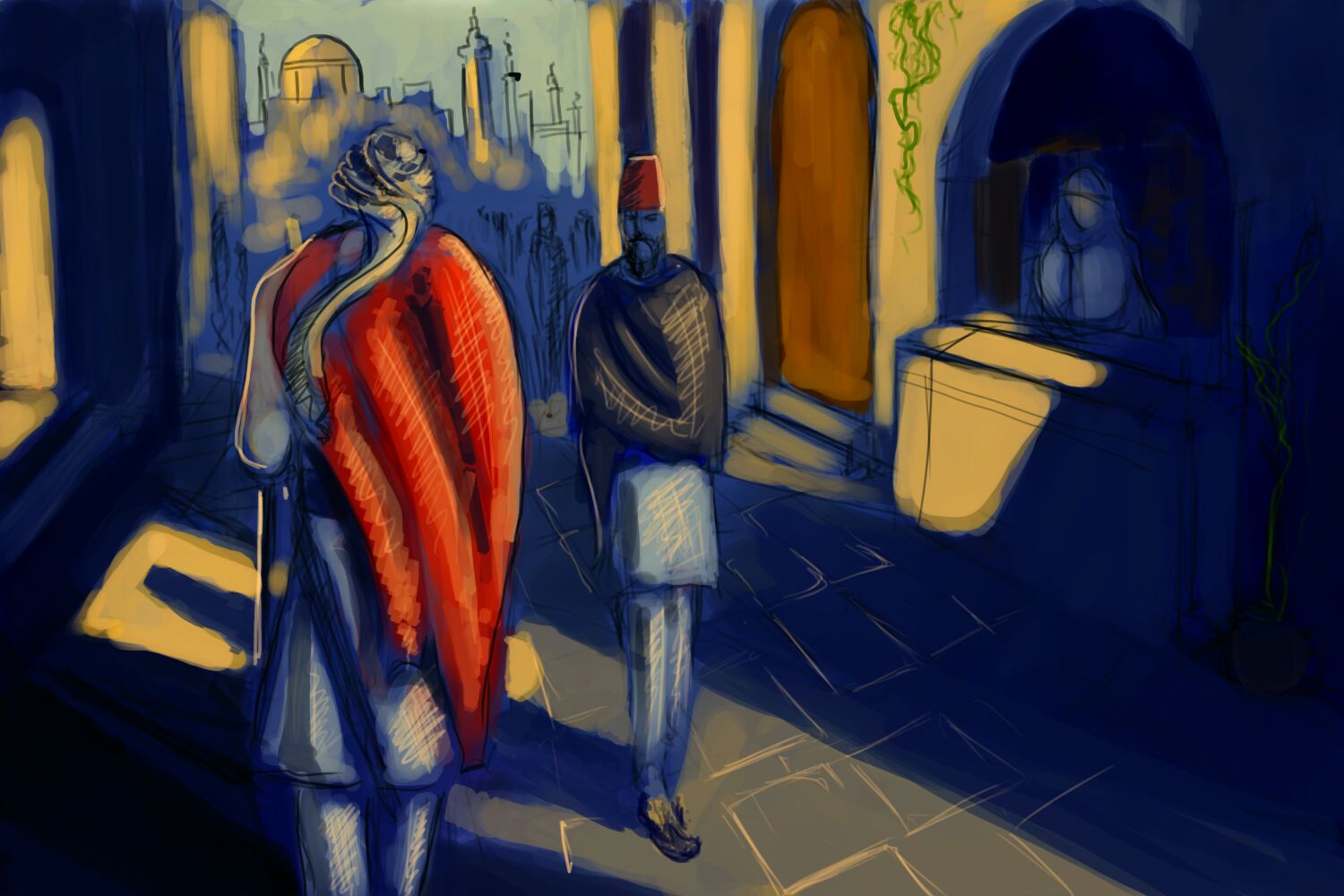 Not much is known about Mir Ashiq except that he was a nobleman in the court of Akbar Shah II. The best recorded description of Mir Ashiq comes from Ahmed Ali’s novel Twilight in Delhi. Saeed Hasan is both taken aback and dismayed when he sees Asghar wearing Farangi (firangi) clothes. In order to illustrate the virtue of constancy, Saeed relates an anecdote about Mir Ashiq.

“Mir Ashiq used to live in Chitli Qabar area. Every day, he used to go out for a walk via Jama Masjid and take a round of Chandni Chowk, come home via Lal Kuan and Chawri Bazaar. He was always punctual to the minute and never stopped anywhere against his custom. He saluted only those people on his way to whom he used to salute, and stopped at his usual places for just a minute or two or five, as his custom was. No one could detain him a second longer than his wont, and no one could get a response from him if he saluted him and was not known to him.”

When Mir Ashiq passed that way again, the young loafer stepped out of his shop, went near Mir Ashiq and cried, “I cry a mercy, Mir Ashiq.”

Hearing the unexpected cry, the latter turned around. The young man went forward and, catching hold of Mir Ashiq’s hand, began to shake it. Mir Ashiq did not like it. But now that he had shaken hands with the young man, he could do nothing, and in response to the young man’s salute, he replied, “Waalaikum asalaam,” and walked away. Ever since that day, when he passed that place on his daily route, Mir Ashiq stopped for a second, turned round and said “Walaikum assalam” to the young loafer before heading forward.

One day, the group of loafers were angry at the young brave lad for something and decided to punish him, and threated that if he had any friend, he could come and try save him. This matter came to the knowledge of Mir Ashiq. He wrapped a winding sheet around his head, took his sword in his hand, and went up to the bullies.

“Here is his friend who will defend him. Who is there who wishes to fight? Let him come forward,” he proclaimed. Of course, not one of the loafers had the courage to fight, and Mir Ashiq told his young friend that he had no reason to fear. “Once he had called himself his friend, his friend he will remain until he died…”