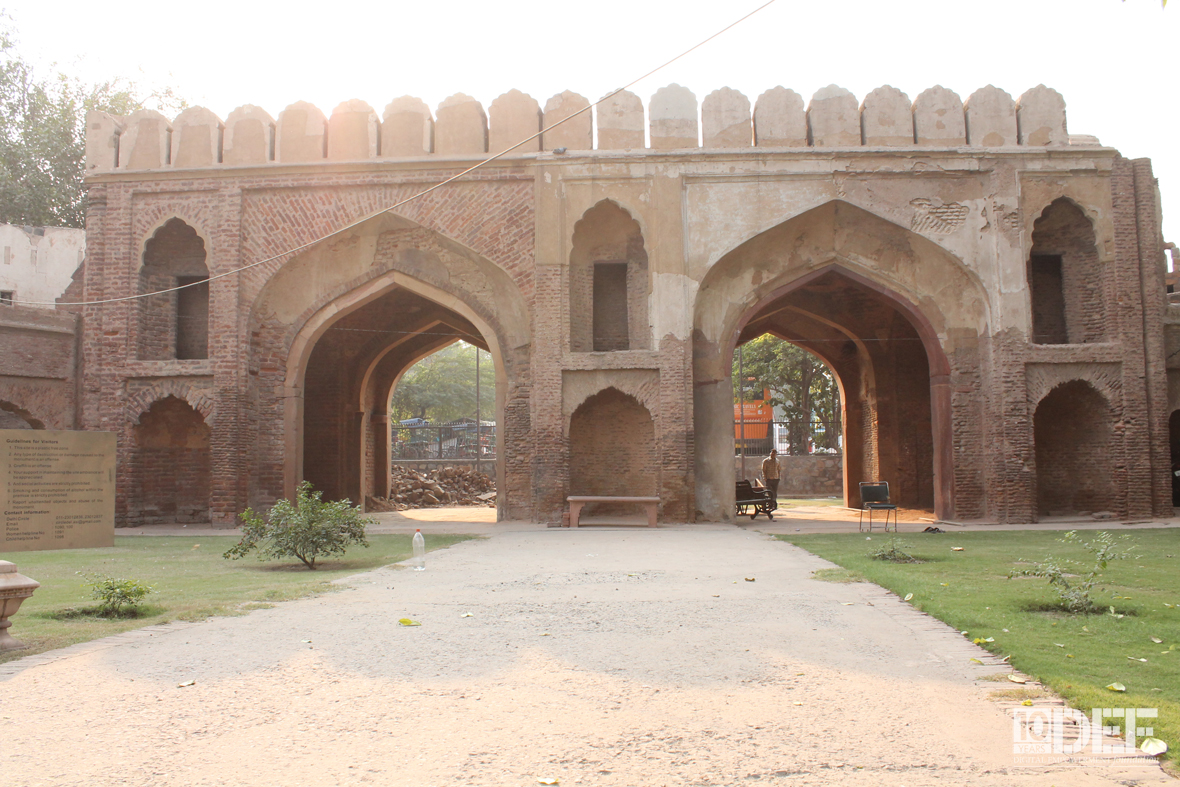 Though time passes, it leaves behind traces of memories.

Walking into Kashmere Gate Metro Station, I realise that with an infrastructure of five floors and links with three other Metro lines, the station is one of the biggest Delhi Metro stations. Every time a train stops, people come out in herds and get lost in the crowd.

What is now a huge building with some of the latest technology installed was once a gate with herds of elephants, horses and soldiers thumping their feet and entering through it.

Emperor Shah Jahan, a descendant of Timur Shah, built Shaher Shahjahanabad, a town with 14 gates. Located on the northern side and facing Kashmir, this gate was the Shumali (north) gate and called the Kashmere Gate. All the other gates in the town were named similarly.

Kashmere Gate has a very significant place in the history of Old Delhi. During the great revolution of 1857, cannon balls landed on this gate and the ornaments adorning it were damaged. Since then, the gate has been preserved in that condition.

Between the two arches, placed adjacent to each other for entry and exit, is a big boulder, which reads, “On the 14th September, 1857, the British force stormed Delhi. It was after sunrise on Thursday that this under mentioned party advancing from Ludlow Castle in the face of a heavy fire and crossing the bridge which had been almost totally destroyed, lodged powder bags against and blew in the right leaf of the gate.” This quote is followed by a list of people who were wounded or killed during the revolution.

The memorial was placed here as tribute to these gallant soldiers by General Lord Napier of Magdala Colonel Royal Engineers and Commander-in Chief in India in 1876.

Walking out of Kashmere Gate, one can see the famous Ritz Cinema Hall. On the road parallel to it is the district court, Urdu Academy and Sindhi Academy.

The road in front of Kashmere Gate, which goes into the main town, is known as Luthiyan Road. During British rule, the area was full of shops of European traders but it has now transformed into a wholesale market of auto motor parts, with big showrooms of Ashok Leyland, Honda and Yamaha automobile companies. While the roads seem quite narrow and congested in this area, they actually aren’t. On Sunday, when there are no hawkers or vehicle parked on the side of the road or shops encroaching upon the road, one can notice the actual width of the road.

Moving forward on Luthiyan Road opposite Kashmere Gate, one can see a huge shop of leather, ‘Verma Leathers’. Parallel to it is a lane, which goes inwards and is known as Nicolson Road. On the right hand side of this road, one can see remains of an old wall, along a row of illegal shops On the left of it is a big gate, which enters into Sultan Singh Building from where a number of businesses operate. A lane next to it goes through Lothian to St. James’ Church. On this road, there was once a the Hindu College. It was, in fact, a big kothi, which was owned by a Mr. Skinner. Lala Sultan Singh bought this building from him and turned it into a college. Later, the Hindu College was moved to the North Campus, and now several government offices like the Municipal Corporation of Delhi, Delhi Khadi, Gram Udyog Board offices operate from this building.