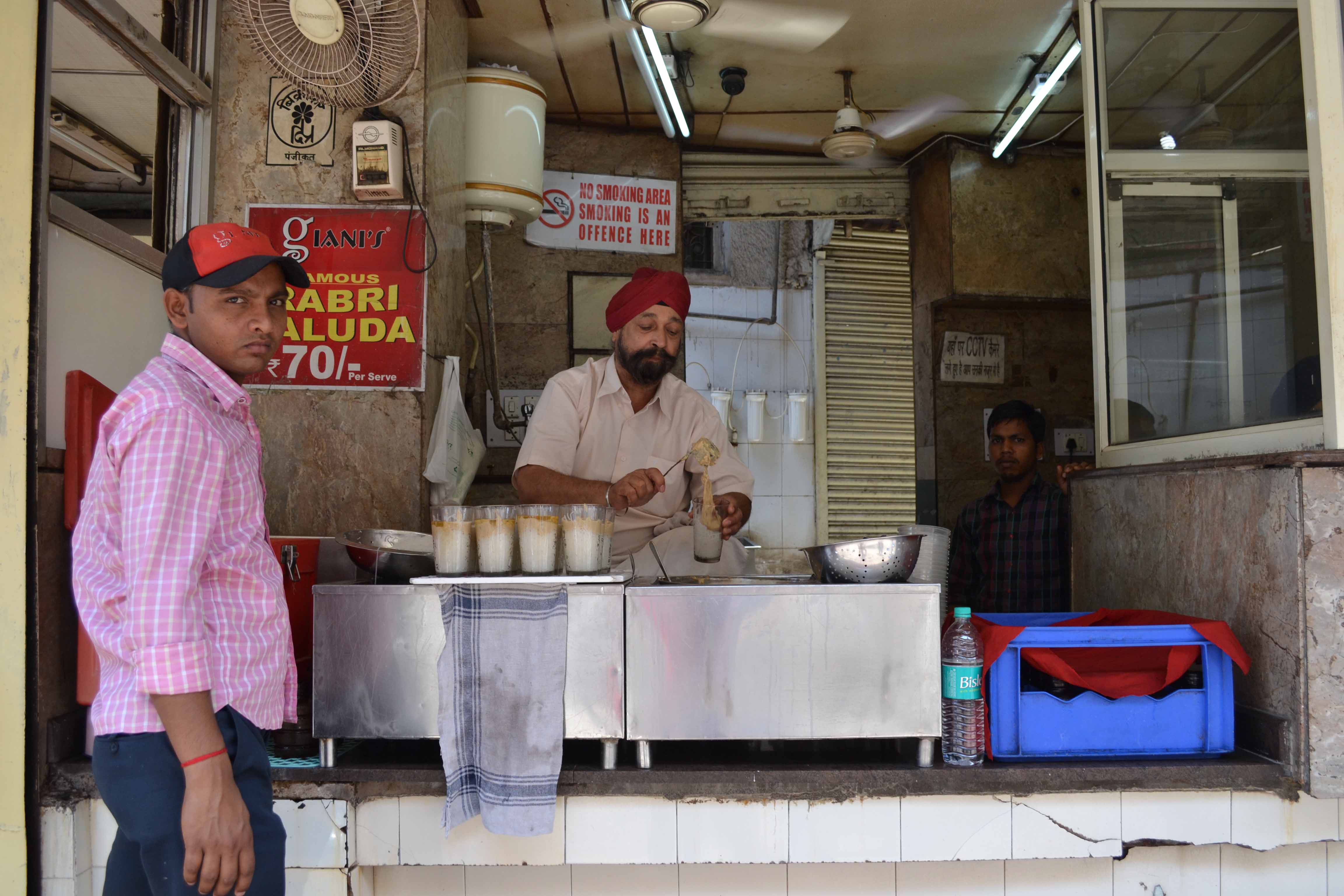 Giani Gurcharan Singh of Layalpur (now in Pakistan) migrated to India in 1951, four years after Partition, and settled with his family in Old Delhi. With him, he brought his recipe of iced rabri falooda and established Giani Di Hatti, an eatery that has been serving a wide variety of food and desserts at Church Mission Road.

Back in Pakistan too, Giani Gurcharan Singh owned a Giani Di Hatti in Layalpur.

Today, the third generation of Giani Gurcharan Singh, led by Kuldeep Singh, looks after the popular eatery. Besides iced rabri falooda, it serves mango shake, pineapple juice, chola bathura, rajma chawal and over 50 flavours of ice cream, among other things. While these cold desserts are extremely popular in the summer months, visitors flock to Giani Di Hatti even in winters to savour the desi ghee-made delicious daal ka halwa and gajar ka halwa, both sprinkled with rich dry fruits.

From 10 in the morning to 11 in the night every day, the place remains crowded with food lovers. In fact, it gets so many customers in a day that sometimes Kuldeep Singh “hardly even gets time to drink water”, he says.

When the eatery opened in 1951, one tall glass of iced falooda topped with sweetener was priced at 4 anna. Today, the same glass is offered for 70 rupees — so much has changed with time!
Giani Di Hatti, too, has expanded its business to about 40 to 45 shops, spread across Delhi — each as popular as another. However, many, especially tourists, still prefer the original Giani Di Hatti even though it’s located in a crowded lane near Fatehpuri Market of Old Delhi.