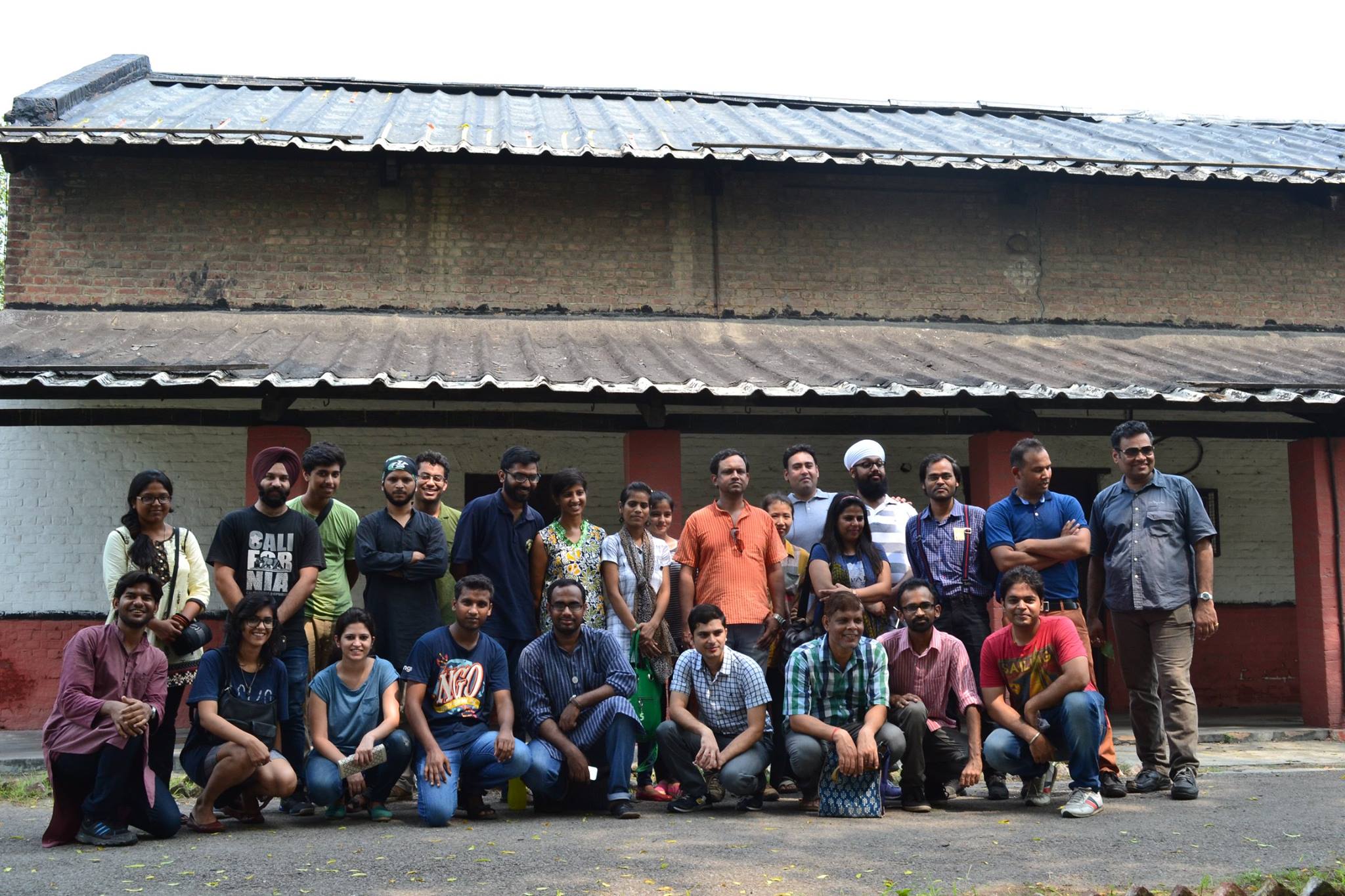 Marking the beginning of a series of events that The e-Heritage Project had planned for heritage enthusiasts this year, the first heritage walk in the Walled City of Delhi — in Saleemgarh Fort within the Red Fort — was organised August 28, 2015.

Constructed by Emperor Saleem Shah Suri of the Suri Dynasty, the fortress of Saleemgarh is even older than Shah Jahan’s birth. The land on which the fort is built, was originally an island on River Yamuna. The river changed its course and the fort became a British garrison. It is still used as an army garrison, with the Indian Army occupying over 60 per cent of its area. During the British Raj, Saleemgarh Fort was used as the court and prison for captured officers of the Indian National Army. While discussing INA and the freedom struggle with the leader of the walk and founder of Youth for Heritage, Vikramjit Singh Rooprai led the participants to what was once the prison and what is now a memorial built in the honour of captured soldiers.

Mr. Rooprai shared a bunch of interesting stories about the Saleemgarh Fort, including the story of a railway track that was especially laid down to connect the Mumbai Terminal to the Lal Qila (Red Fort) for King George V who had to briefly stay at the Red Fort before continuing his journey to Calcutta (now Kolkata) for his coronation as King-Emperor of India in 1912. Post Independence, this railway track, which was running through the Red Fort, was diverted away from the fort and to the Old Delhi Railway Station.

The interesting two-hour-long walk through Saleemgarh Fort was followed by a sumptuous lunch in the Paranthe Wali Gali.