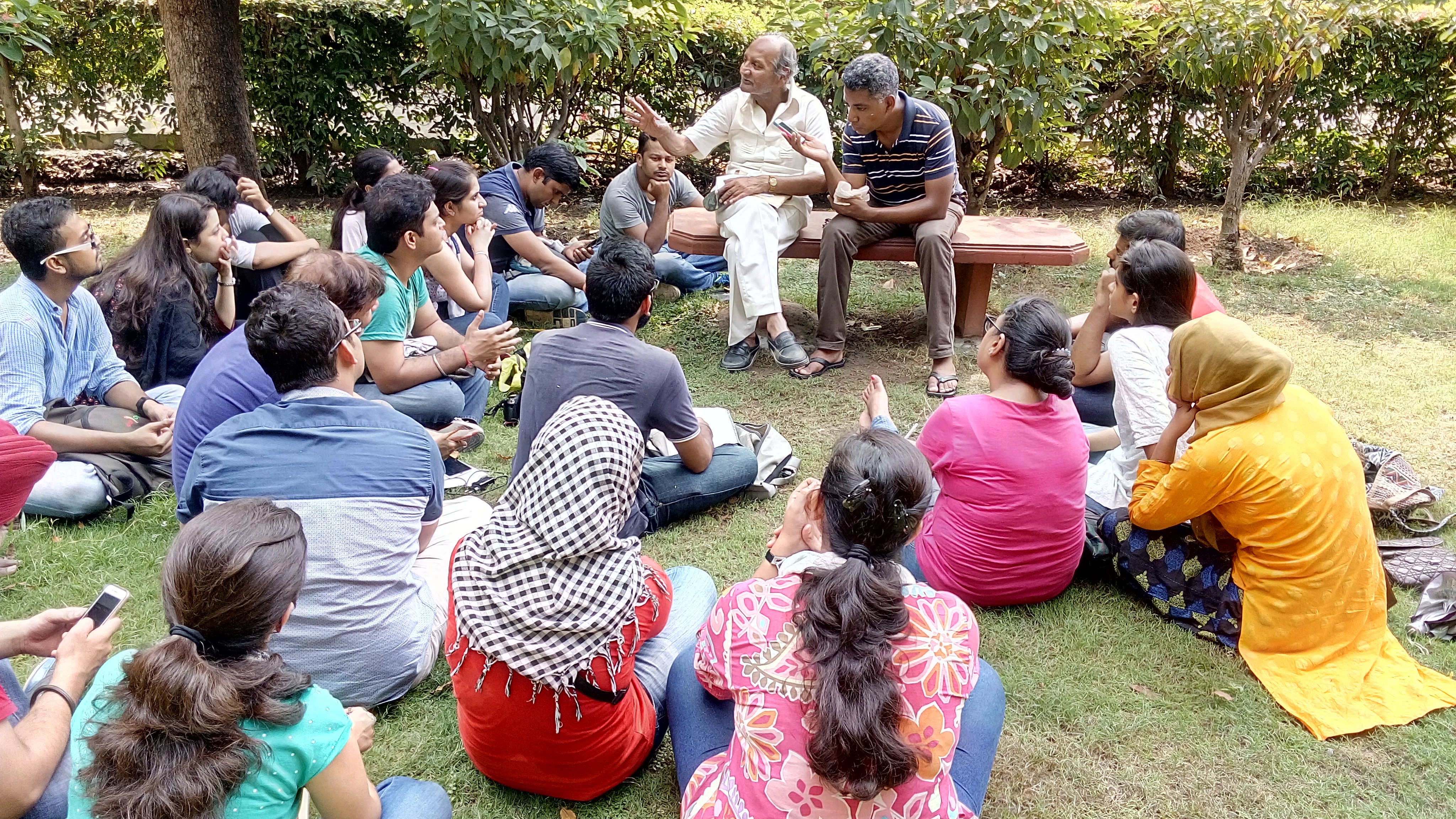 By wp-admin on October 14, 2015
The e-Heritage Project organised a storytelling session with author and columnist RV Smith on September 19, 2015.
Ronald Vivian Smith is a renowned columnist for The Statesman and The Hindu with more than 50 years of experience. He has authored several books, chronicling the lesser-known stories of Old Delhi, such as The Delhi That No One Knows, Tales the Monuments Tell and, most recently, Delhi Rambles: Quaint Cityscape Through A Roving Eye. Orignally from Agra, Mr. Smith has spent most of his years in Old Delhi. He now lives in Mayapuri with his family.

The event was held at Qudsia Bagh, a garden complex and palace that was built in 1748 for Qudsia Begum, a “dancing girl” who later became the wife of Mughal Emperor Muhammad Shah and mother of his successor Ahmad Shah Bahadur.

Located on the fringes of Old Delhi in typical Persian Charbagh style, the garden once housed a palace, waterfall, a mosque, a summer lodge and a beautiful flower and fruit garden. However, the structure was heavily damaged during the revolt of 1857. The only remains of the Bagh today are its western gateway, the Qudia mosque and a few structures in red sandstone.

The storytelling session saw participation from 30 people, mostly young heritage enthusiasts and students who were engrossed in legends, myths, and anecdotes narrated by Mr. Smith who has collected the tales by living in and walking in the streets of Shahjahanabad (Old Delhi) for years.

From the mystery of the missing shoes at the Jama Masjid and the dancing ghost of the Red Fort to the mythical procession of former Emperor Bahadur Shah Zafar, Mr. Smith had a rare collection of stories to share as participants enjoyed on chai and biscuits, sitting on the grass and listening to their storyteller.

The eHeritage Project is an initiative of DEF and UNESCO India, and aims to give online presence to Indian heritage cities.