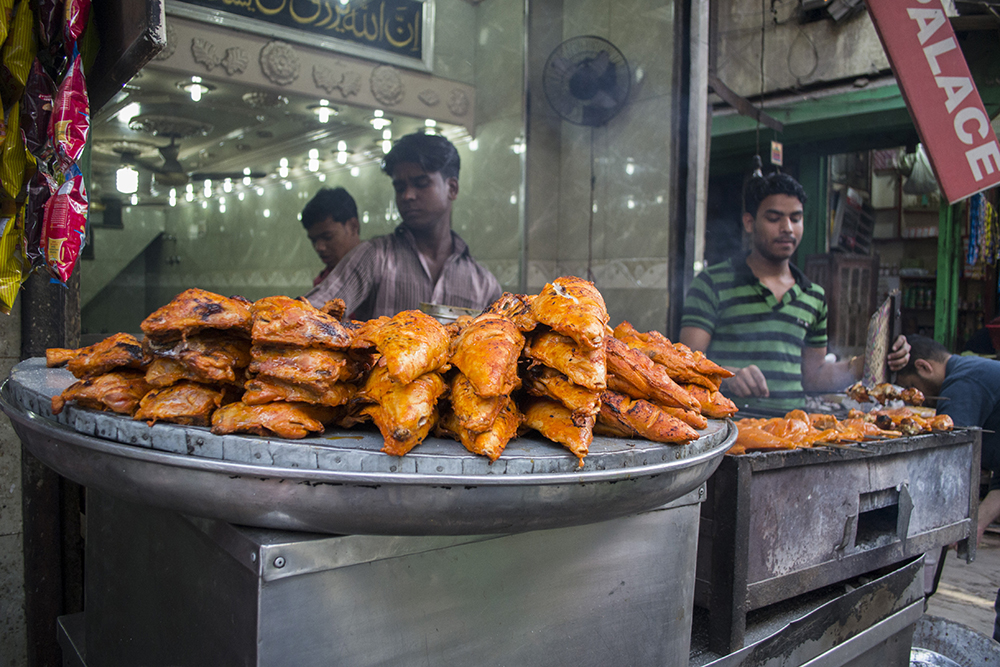 At a trisection in Old Delhi where one lane leads to the Turkman Gate and another to the Bulbuli Kahan Bazaar, there is a third lane popularly known as the ‘Chitli Qabar Bazaar’.

The name Chitli Qabar is derived from the amalgamation of two stories that are associated with this area.

More than a century ago, during the Mughal rule, the lane was known for chittai work — the art of engraving text and patterns on utensils.

The word chittai was later corrupted by locals and merged with the name of the nearby Chitla Gate. Thus, the word ‘chitli’ was coined.

The second word, qabar comes from a story of the 1857 revolt when the British shot dead 40 wise old men at Chitla Gate, the gate at the end of the Chittai Road. Since then, this gate came to be known as the Chahaltan (meaning ‘40 bodies’) Gate. One of the 40 martyrs was buried at the trisection while the rest in another part of Delhi. The grave (qabar) at the trisection thus gave rise to the second half of the area’s name.

Even today, the grave is considered sacred and is housed within a small room. It is visited by many locals who want to pay homage to the martyr. Few years ago, Urs — a gathering of people to read the Holy Quran — took place here on the 18th Shaban (an Islamic month).

The grave at Chitli Qabar