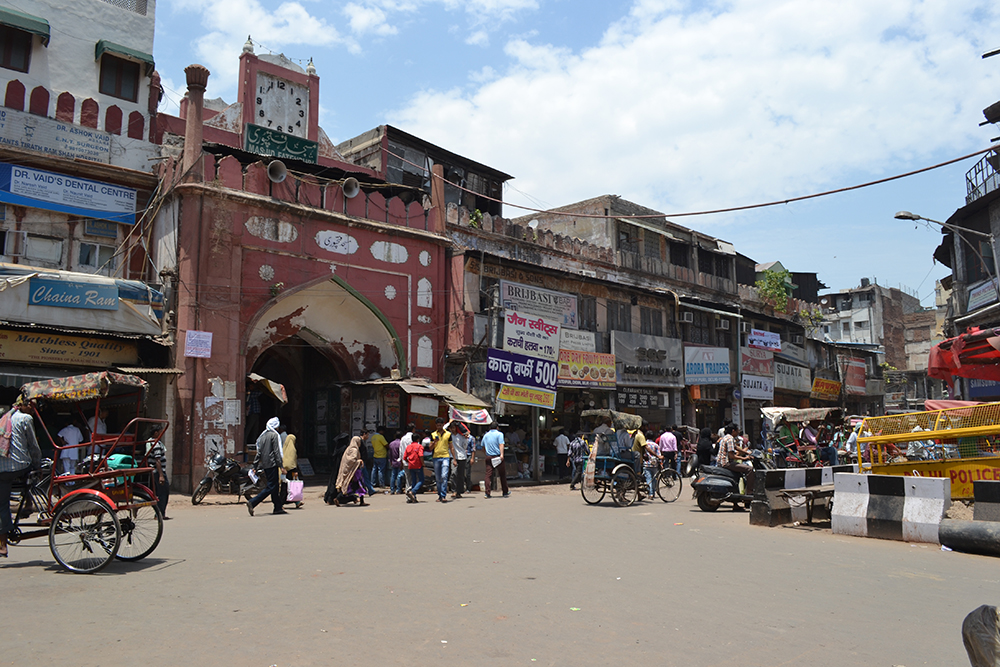 The Fatehpuri Market is located adjacent to the Fatehpuri Masjid that was built on the orders of Fatehpuri Begum, one of the wives of Mughal emperor Shah Jehan, sometime around 1660.

The Old Delhi Town Hall, which has now been converted into a Municipal Corporation Department office, is located on the same road that ends at the mosque.

The Fatehpuri Masjid is not the only mosque that was built on the orders of Shah Jehan’s wives. In fact, his other wives too had got mosques constructed in various parts of the city.

The Fatehpuri Market is a wholesale trade centre for khoya (a kind of thickened milk product) and paneer (cottage cheese). A number of eateries line this road. Shah Jehan had always laid a lot of focus on food. Almost every part of Old Delhi has its “own food” such as parantha, kulfi, aloo puri, chola bhatura and kebab, among others. Thus, food has been a major part of the history of Old Delhi.

There is an interesting story behind the food of Old Delhi. Before the Walled City was constructed, Shah Jehan had ordered a survey of the soil of various parts of India to decide where he would build his city. Based on the results, which confirmed that Old Delhi will be the land of fertile soil, Shah Jehan decided to build his Capital here. However, researchers of the soil had adviced strong spices in the food of the people of this area to ensure that the land remains fertile. This advice is from a time when toilets did not exist and people defecated in the open. Since then, the tradition of eating spicy food has stuck to the area and has become a part of the culture.

In the Fatehpuri Market, there are also a number of shops that deal with puja samagri (prayer items) and other materials required for wedding rituals.

Close to this market are the Khari Baoli (around which spices and dry fruits are sold at wholesale rate), the Batashe WaliGali (batashe or ‘watery bread’ are made and sold here), Nayabans (popular for sale of betel leaves) and the Phool Bazaar (where rose and marigold are sold between 4 am and 8 am).

The Fatehpuri Market, unlike the Kinari Bazaar, has always been a commercial hub. It was one of the central trade centres during the Mughal rule.