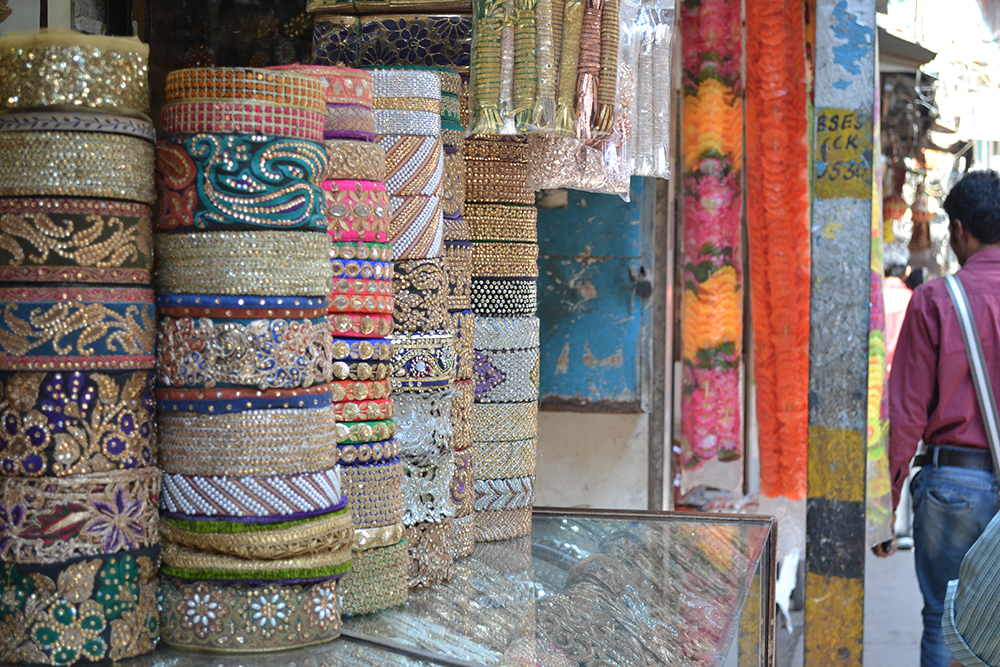 The Kinari Bazaar of Old Delhi is today a Hindu-dominated locality with a row of shops, mostly selling puja samagri (prayer items) such as diyas (earthen lamps), thaal (plates for religious ceremonies), hawankund (vessel for sacrificial fire), clothes for idols and other decoration items required for wedding rituals and other ceremonies.

There are also shops that sell traditional garments for women and accessories like caps, turban, dupattas and laces. People from various parts of Delhi visit this market to get these items at wholesale rates.

However, the Kinari Bazaar was not always a commercial hub for the Hindu population of the Walled City. Before the revolt of 1857, Muslims resided in the area. However, when the British forcefully took the reins of Shahjahanabad in their hands, they displaced the Muslim inhabitants of Kinari Bazaar. Later, when the siege gradually ended, the British brought Hindus of adjacent areas into the locality. This was a move aimed at souring the relations between the two communities but the British failed at their attempt. Even though Hindu inhabitants had replaced Muslim residents of the havelis (mansions) and houses of the area, there continued to be harmonious relations between the two communities, who were aware of the British’ divide-and-rule policy.

While the British could not be successful in their attempt then, the area did see a communal flare up 90 years later during Partition when hundreds of Muslims migrated or were forced to leave for Pakistan.

It was only after 1947 that the Kinari Bazaar became a commercial hub, and is still considered one.