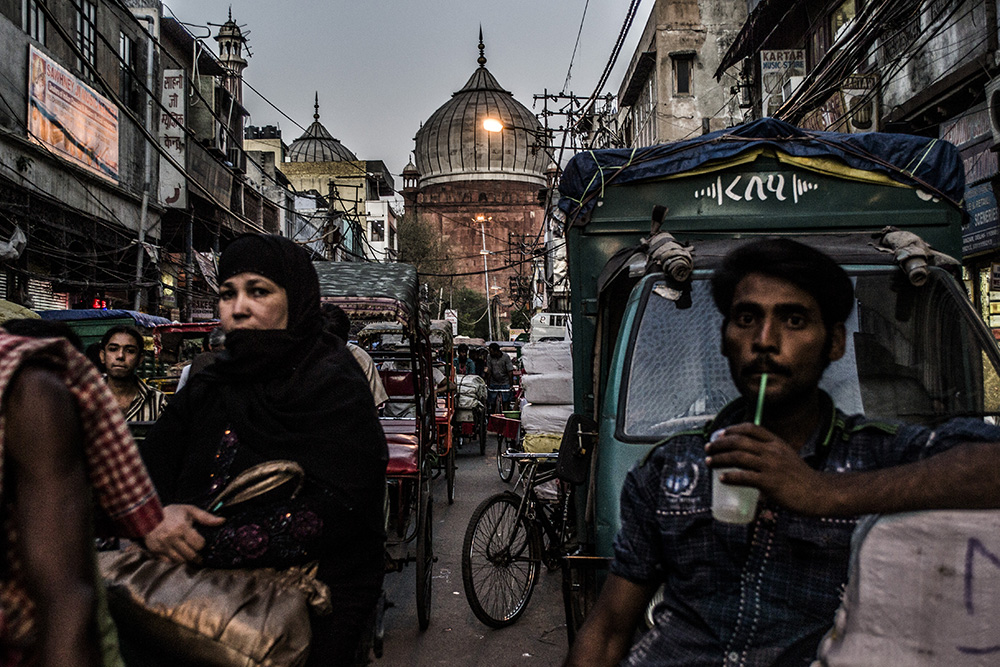 Chawri Bazaar, originally known as Chawdi (wide road) Bazaar, is a wholesale market that was established in 1840. The market runs along a long stretch of a street with the Hauz Qazi Chowk at one end and the backyard of the Jama Masjid at the other.

Cluttered with electricity wires today, the market is famous for its hardware shops and the wholesale paper market that sells wallpapers, paper for decorative, gift wrapping paper, office stationary and more. Apart from a significant number of brass and copper shops selling kitchen utensils, Chawri Bazaar is also famous for wedding card stores, selling a variety of designs that cater to the diverse religious communities of Delhi. However, the market is also notorious for its traffic.

The area is a congested with vehicles often stuck in jams, cycle rickshaws plying on the roads taking tourists from one destination to other, pedestrians shopping in the market and porters pushing carts with goods or hawkers selling food and other things.

The market was, however, not always in this state. In the 19th century, Chawri Bazaar was a place for the rich and the young to enjoy their evenings. It is said that it was once a promenade of the Walled City. The ground floor comprised shops occupied by merchants and the floors above were kothas, a place where courtesans lived and performed mujras (a dance form). These courtesans, or tawaifs as they were called, sat in their balconies to attract customers.

One of the few remaining old buildings in Chawri Bazar. Most of the old structures today have been turned into “modern buildings”.

Back then, the courtesans were respected and owned many mansions. As the British rule became stronger, particularly after the 1857 mutiny, the mujra culture faded away and the upper floors of Chawri Bazaar were reduced to brothels. Eventually, even these were closed down by the British including five other “red light” areas of Delhi.

During the Mughal period, there used to be much activity in this market in the evening. A lot of youngsters used to spend their time here, and somewhere there would be musicians reciting a raag or playing the tabla. Even after Independence, it was a popular place among youngsters. Until quite recently, tongas used to ply on this road.

One particular person, Maulana Rasakh, has written about Chawri Bazaar in one of his couplets:

Apart from merchants, the other group of people who make a living here are the porters.

Cluttered with electricity wires, today the market is well known for hardware shops and the wholesale paper market that sells wallpapers, and paper for decorative, gift wrapping, office use, etc. Apart from a significant number of brass and copper shops selling kitchen utensils, Chawri Bazaar is also famous for wedding card stores selling a variety of designs that cater to the diverse religious communities of Delhi.

Wedding cards piled up outside a shop.