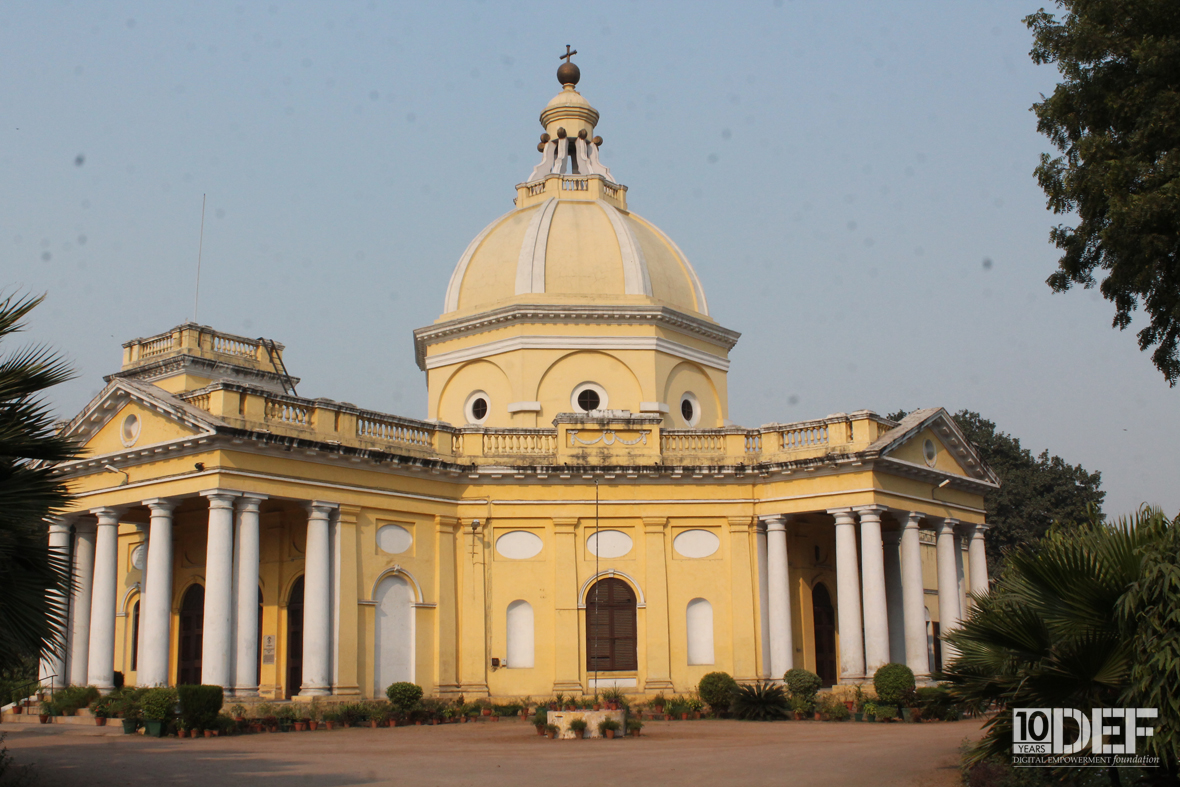 Saint James Church, located next to Kashmiri Gate, is probably the most ancient church in Delhi that still stands tall. It was built by Colonel James Skinner between 1823 and 1836.

James Skinner was the son of a Scottish man and a Rajput princess, and member of the British army in India. In 1803, he created his own cavalry, the Skinner Horses, which is still part of the Indian Army cavalry today.

It is said that Skinner made a vow to build a church in 1800 while lying wounded on a battlefield. The next day, his life was saved, thanks to an old women who brought water and food to the wounded on the battlefield. Later, Skinner settled in a haveli next to Kashmiri Gate, opposite to which he eventually decided to build the church. The haveli was part of the Delhi College before the latter was moved to North Campus. It is today in ruins and parts of the six-acre property have already been destroyed.

It is said that, the church was built at that time for Rs. 90,000, which Mr. Skinner spent from his own pocket, based on a design created by two engineers from Bengal.

James Skinner died in December 1841 in Hansi, where he was initially buried. However, his coffin was moved to Delhi in January 1942 to be buried in Saint James Church, as per his will.

The church became an important point of tension during the revolt of 1857 as most of the British officers used to live in Kashmiri Gate area at that time. John Nicholson, commander of the British troops in the fights against the rebels, was thereby killed in a bomb blast on September 1857 in front of Kashmiri Gate. As a symbol of the presence of British establishment in Delhi, the church was, thus, directly targeted by the rebels. Reverend Jennings, chaplain of Saint James, was arrested and killed in the Red Fort.

The premises of the church, and its dome, were majorly damaged during the revolt: all the records were burnt, and the gilt cross and ball on top of the church dome were shot down by the rebels. After the revolt, these two elements were replaced and the original ones kept in the courtyard in memory of the 1857 events, until they were stolen shortly after Independence.

Engraved plaques inside the church commemorate the death of prominent British personalities during the revolt. Alongside Reverend Jennings are those of a former Delhi College principal, a former Delhi Bank manager, and a former deputy collector of Delhi.

When the Capital of the British Raj moved from Calcutta to Delhi, Saint James became the official church of the Viceroy of India until the Cathedral Church of the Redemption was built in New Delhi in 1931. Until Independence, Saint James Church was exclusively attended by British. Indian Christians were not allowed among the congregation and had to attend Saint Stephen’s Church next to Fatehpuri Masjid in Old Delhi. Today, the community attending the church comprises around 200 families.

Next to the church is a small cemetery where members of the Skinner family are buried: his 14 wives and children mainly. The tomb of William Fraser, British commissioner of India and close friend of Skinner, was also there until 1857. It was damaged during the uprisings and the remains of the grave — a marble plaque with an engraved bark of a tree — are now kept inside the church. A Mutiny Memorial was also erected in the cemetery by the church chaplain in 1863.