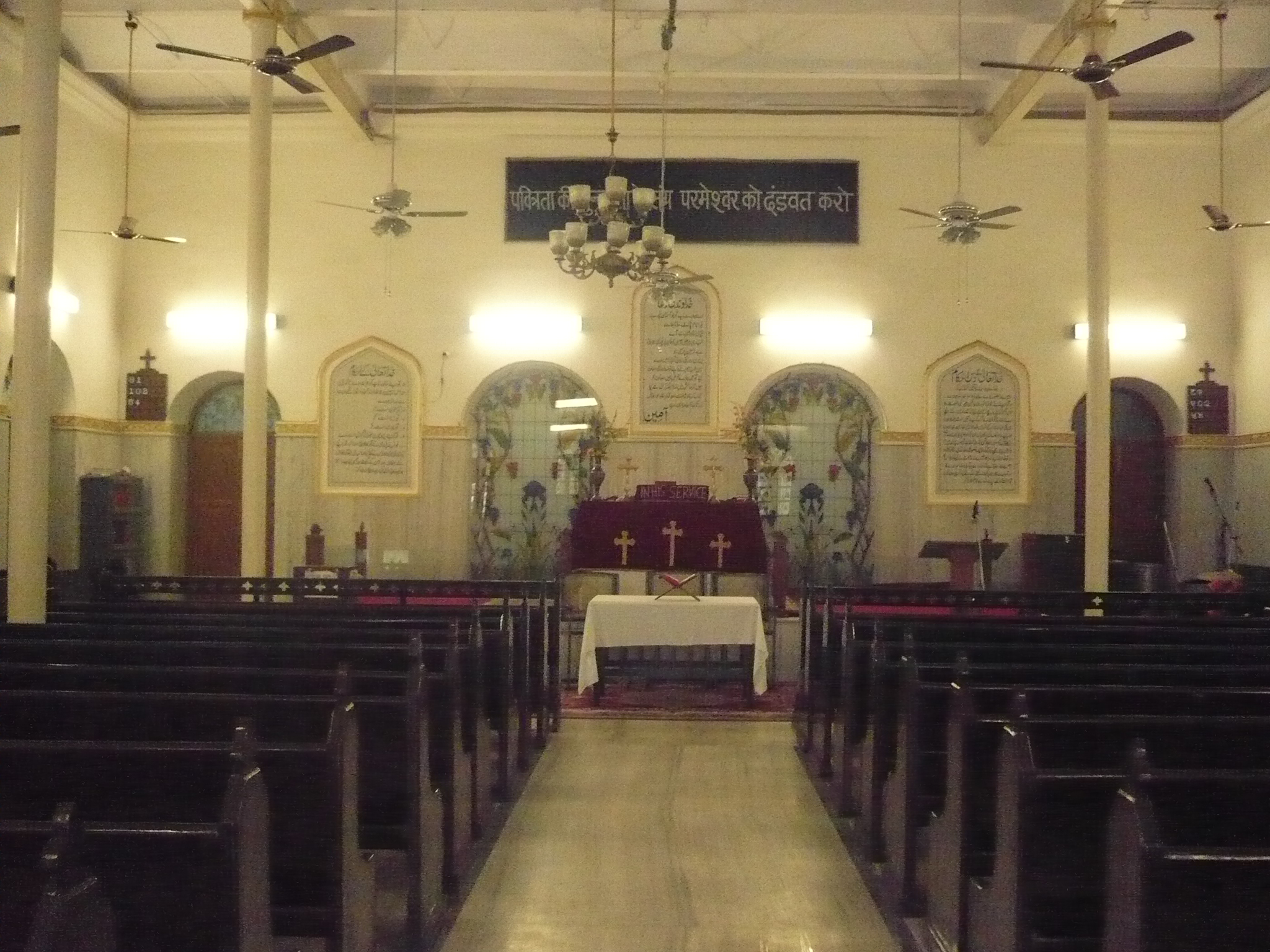 Central Baptist Church is an evangelist church located in Chandni Chowk. It was established by the Baptist Missionary Society in 1860 and is, thus, the most ancient church in Delhi designated for the Indian Christian congregation.

The Baptist Missionary Society, based in London, was already present in Delhi much before 1860. In 1814, missionary J.T. Thompson purchased a piece of land in Daryaganj from Mughal Emperor Akhbar Shah II and built the first evangelist church. He started preaching there and converting local inhabitants, thus forming the first Indian Baptist community in Delhi.

However, in 1857, due to the political troubles with the British, most of the Christians were killed by the rebels. J.T. Thomson died, along with most of local in-charges of the church, and the Baptist congregation in Old Delhi was almost completely scattered.

After the revolt of 1857, the Baptist Society in London contacted members of the congregation and started prospecting with the East India Company for the provision of a new piece of land to rebuild the church. A site was finally found on the location of a Mughal garden that belonged to the famous Begum Samru before the revolt.

Begum Samru was a powerful ruler, head of a mercenary army and Begum of Sardhana, and was considered by Emperor Shah Alam as one of his close advisor. Her palace, now known as Bagirath Palace, is situated just next to the church.

A converted shoemaker, Ghisaram, was appointed as in-charge for the reconstruction of the church and the reconstitution of the congregation. The new building was completed in 1860 and, with the time, the Baptist community regained its former activity in Old Delhi.

Since then, the church has always been exclusively managed by the Indian congregation, as opposed to other churches in Delhi – Saint James for example – which were also attended and ruled by the British community. Pastors are appointed among the community and the church is now self-managed by Indian Baptists, independently from its early links with the Missionary Society. Interestingly, preaches and religious ceremonies have always been performed exclusively in Urdu at the Central Baptist Church. Indeed, Urdu was the main language of Old Delhi inhabitants at the time the congregation was constituted, and still continues to be one of the main languages of the Walled City. Bible verses in Urdu script, engraved on the wall behind the altar, bear witness to this long tradition. Today, the community is both Hindi and Urdu speaking, thus Bible books in the church are available in both the scripts.

Central Baptist church is also sometimes referred to as ‘Mother Church’ of the Baptist congregation in Delhi as several other branches have been constituted in Delhi. One of them is located in Sadar Bazaar of Old Delhi, and is referred to as the Idgah Baptist Church.

The current congregation of Central Baptist Church comprises around 500 members — residing mostly outside Old Delhi — with around 120 of them attending the Sunday service regularly. Many persons from different confessions occasionally come to pray in the church also.