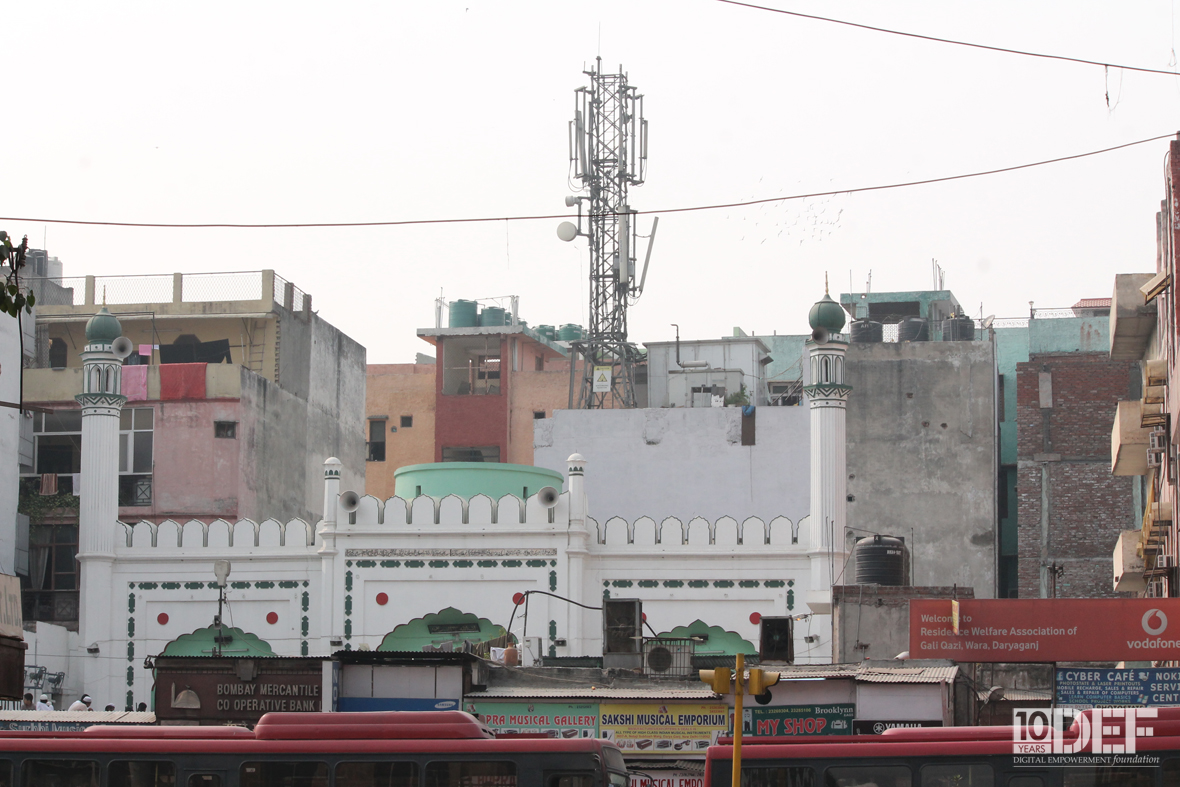 The one in Chandni Chowk was built by a noble Mughal, Roshan-ud-Dola, in 1744-45 AD. Roshan-ud-Dola’s real name was Khwaza Muzaffar and he hailed from the Khwaza Naqksbandiya family, which had migrated to India during the reign of Shah Jahan.

Placed on a 2.1-metre high platform, the mosque is decorated with green floral patterns. The three domes of the mosque have are made in copper and coated in golden, which is why the mosque is known as ‘Sunehri Masjid’ or the ‘Golden Mosque’.

The last known major renovation of the mosque was carried out by Bahadur Shah Zafar II in 1852. That year, a courtyard was added in front of the mosque to accommodate a congregation. There also used to be a pond within the mosque complex but it no longer exists today.

This mosque can be found in Mohalla Faiz Bazaar of the Chandni Chowk area, between the Red Fort and Dilli ka Darwaza, just a little ahead of the Golcha Cinema. Though this mosque is on the main road, its entry is slightly hidden.