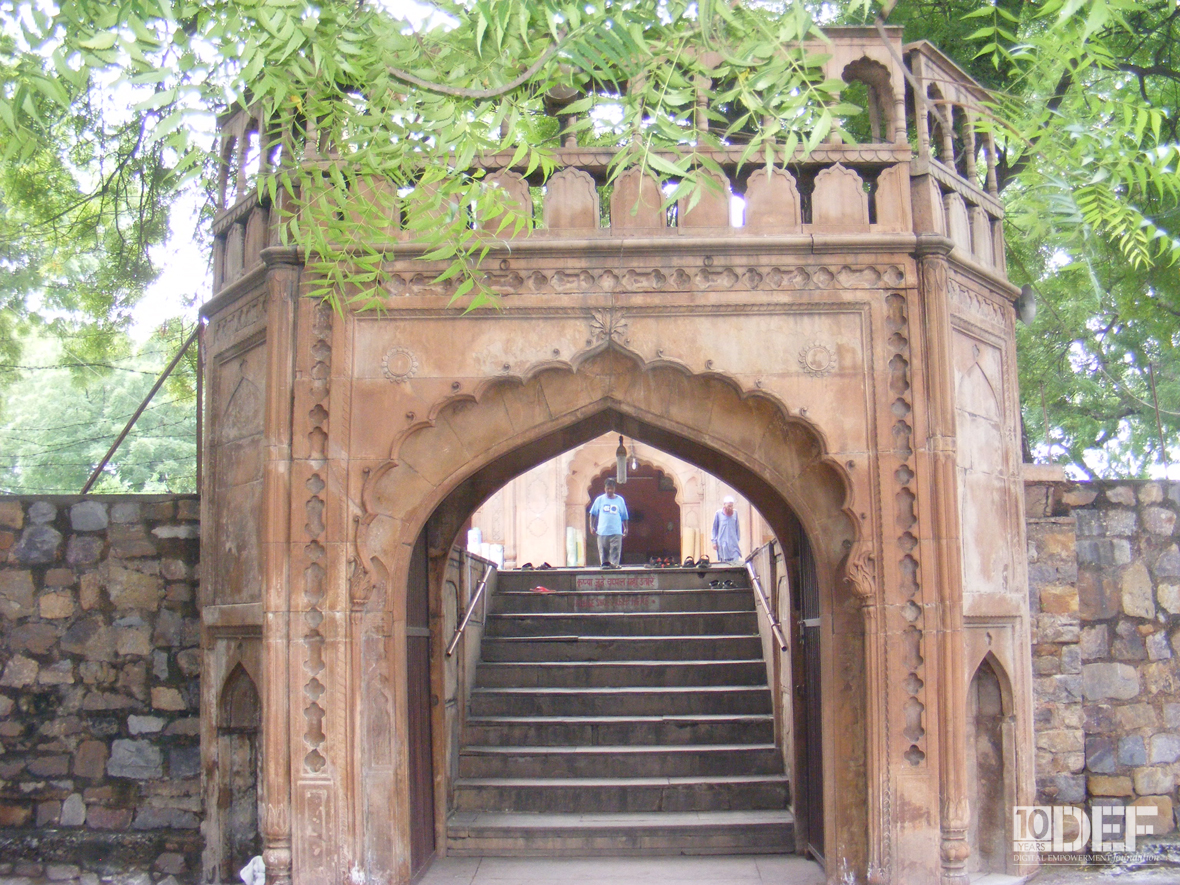 The Mughal era was a time of great inspiration. During the reign of Mughal Emperor Ahmed Shah, Qudsia Begum ordered the construction of the Sunehri Masjid, a mosque just outside the southwestern corner of the Delhi Gate of Red Fort.

Qudsia Begum was a consort of Mughal emperor Muhammad Shah and mother of his successor Ahmad Shah Bahadur. She was also an administrator and apparently even served as de facto regent of India from 1748 to 1754. And it was her who had ordered the construction of the mosque.

It is said that the construction of the mosque took four years, from 1847 to 1851, and was built for Nawab Bahadur Javed Khan, an influential nobleman during the reign of the Ahmad Shah Bahadur and supervisor of the harem. Built in marble, the mosque has three domes. It is said that during Ahmed Shah’s rule, the dome was made of  wood, with thick brass sheets covered in thin gold foils. However, in 1752, then Mughal Emperor Bahadur Shah Zafar ordered the dome be replaced with strong red limestones.

A renowned philosopher, Sir Saiyyed Ahmed Khan, has written about the mosque: “There was a wooden verandah (courtyard), and many decorative pieces were kept there which were revered every year, and on the left side there was a huge pond which had a fountain flowing. Today, we can’t find even reminiscence of that pond.”