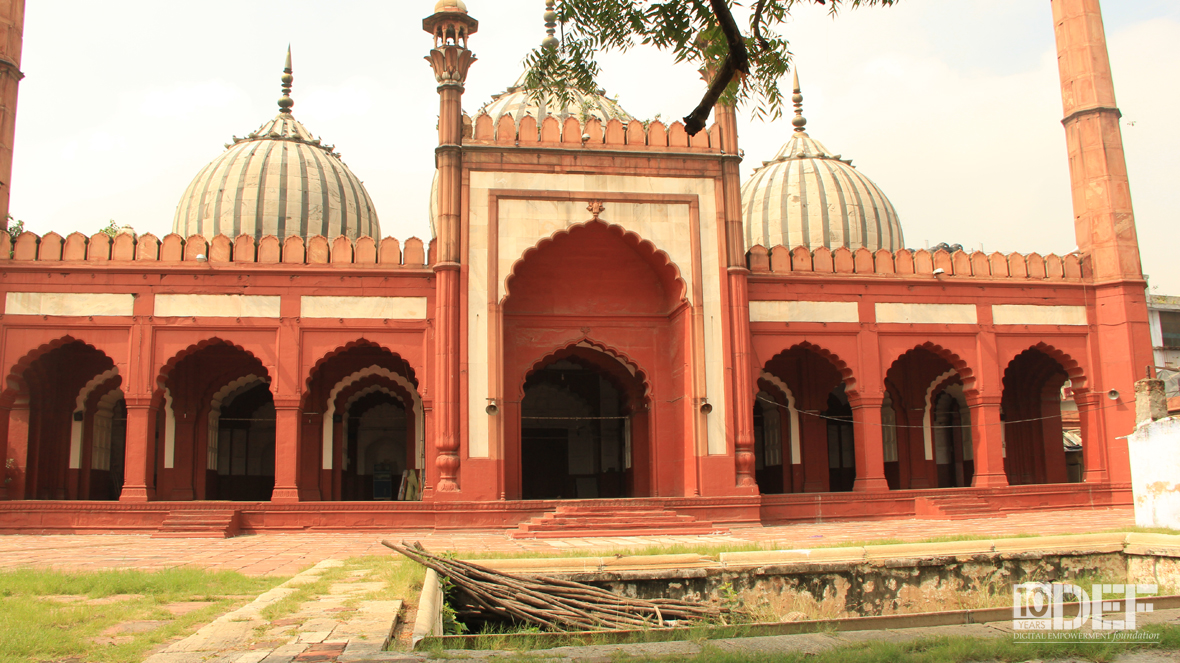 In Shahjahanabad, on the banks of river Yamuna, is a mosque named Zeenat-ul-Nishan, which was built on the orders of Emperor Aurangzeb’s daughter in 1710 AD.

Mostly built in red stones, the mosque has three domes made of marble, two minarets, seven seven doors and a pond — which has now dried.

Zeenat-ul-Nishan Mosque, during the Mughal period, was known for its beauty.  Its two striking features were that it was on the bank of a river with no construction around it, so it was visible from a great distance as a majectic piece of architecture.

The mosque is also known as the Ghata Masjid because its south door, the main entrance to the mosque, faced the Ghat gate of the Walled City.

Lord Stephen writes in his book, “At Akab of the mosque, there were four carved burjs (minarets) made up of marble. But during the revolt of 1857, this mosque was vandalised and not much was left behind. Even Zeenat-ul-Nishan Begum’s makbara (tomb) was not spared.”

In Aasar-ul-Sanadid, which was written before the 1857 revolt, Sir Sayyed has written, “Zeenat-ul-Nishan Begum was cremated towards the south of this mosque. The topekhana (artillery) was located in this mosque for a long period. For a long time, this mosque was also transformed by the English into a bakery, which destroyed the beauty of the mosque.”