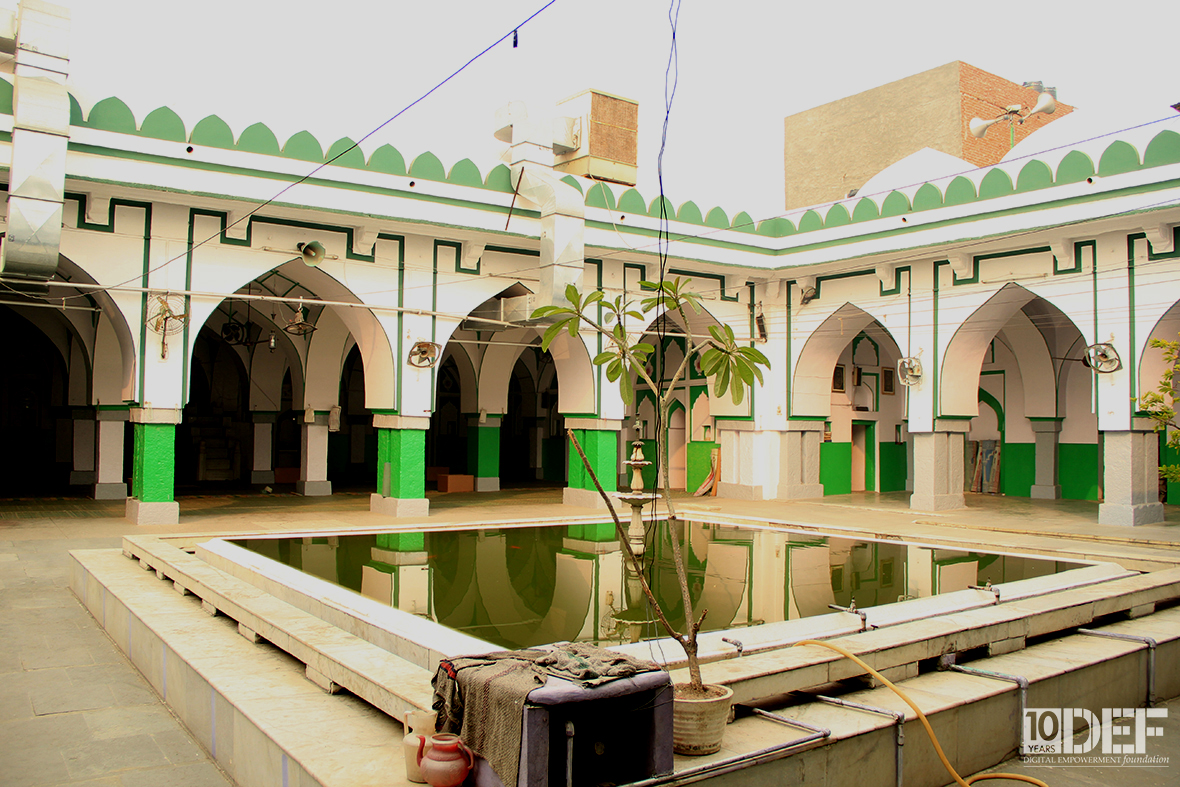 Kalan Masjid in Old Delhi can be found on the road that leads to the Turkman Gate in Mohalla Bulbuli Khana. This mosque was built by Wajeere-Azam Khan Jehan in 1387 AD during the reign of Emperor Feroze Shah.

Though Kalan Masjid is its real name, most people recognise this place as Kali Masjid (Black Mosque), which has been built on a raised platform, higher than a lot of other mosques in Old Delhi.

The Kali Masjid is known so because once, during the beautification of the mosque, it was polished in coconut oil. Though initially it looked beautiful and shiny, the building turned black in the first rain.