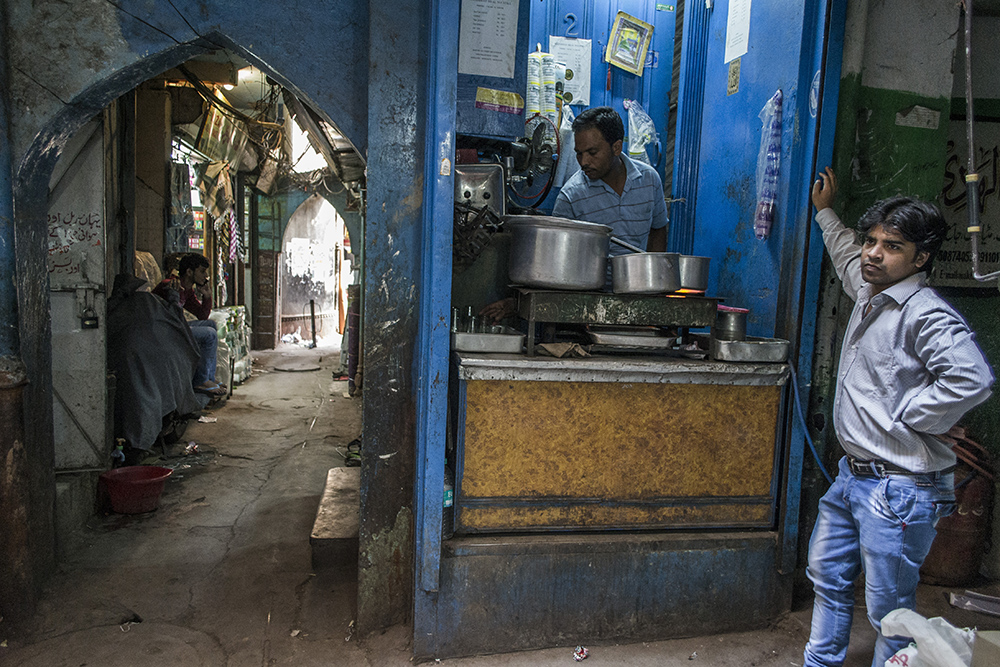 Matia Mahal is the name that is popularly used to describe the area exactly opposite Gate Number 1 of the iconic Jama Masjid. This area is also known as Chitli Kabar market, which known for eateries serving traditional cuisine.

The place gets its name Matia Mahal from an actual mahal (palace) that once existed in the area. It is believed that when the Red Fort was under construction, Matia Mahal was Mughal Emperor Shah Jahan’s temporary residence.

The original arch from the Matia Mahal Palace

Later, Matia Mahal served as the abode of Begum Azizabadi, wife of a Mughal prince. In her memory, the façade of Matia Mahal is known as Azizabaadi ki haveli. During the regime of Bahadur Shah II, the emperor’s grandson had inherited the palace.

Following the mutiny of 1857, when the entire Walled City was going through its darkest phase under the British rule, Matia Mahal was temporarily seized along with several other royal residences. Eventually, as British loosened their control over Shahjahanabad, the empty spaces began to be occupied by locals, and soon Matia Mahal was divided into a cluster of households.

Today, the mahal palace doesn’t exist anymore — except for its two arches — but the surrounding area has acquired the name Matia Mahal. The area houses several shops that deal in carpets and skull caps, besides a 500-year-old stepwell known as ‘Banjaron ki Bawli’ (Well of the nomads) that has been a source of fresh water in the region for centuries.