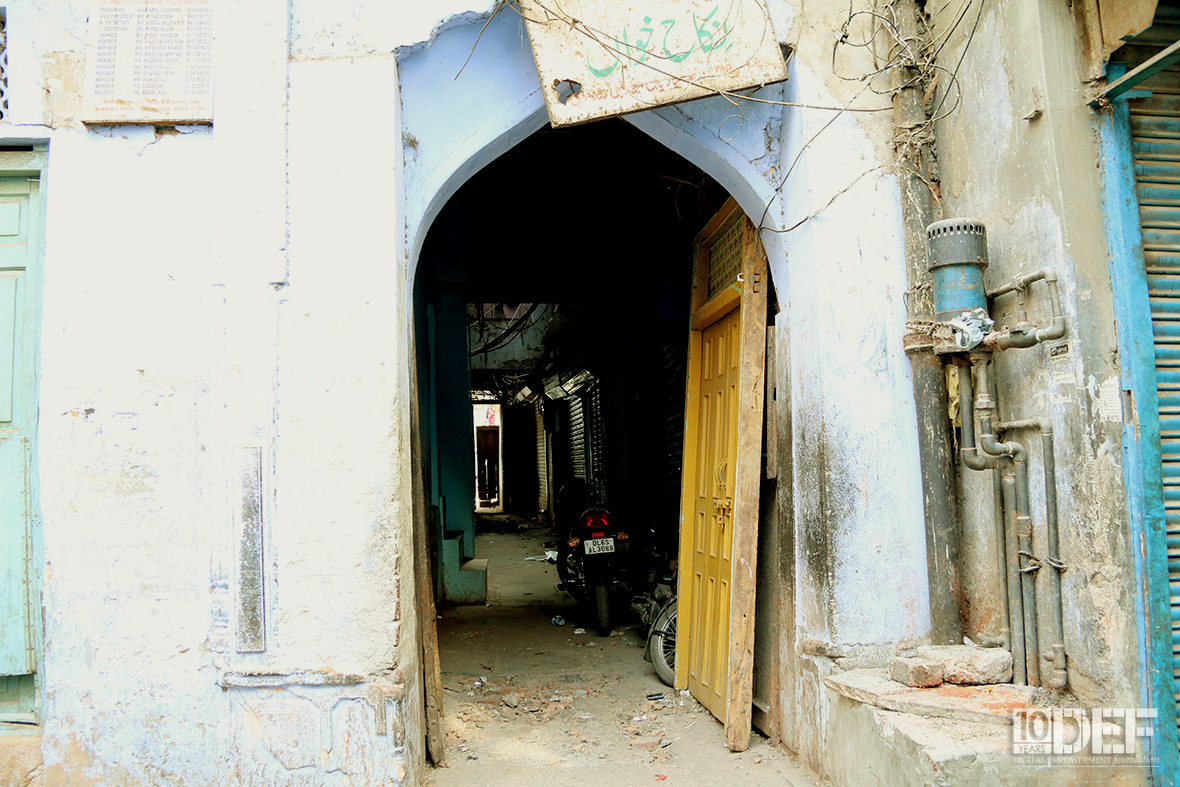 Kalu Khaas ki Haveli is situated about 250 steps ahead of Chitli Qabar. Today, this one mansion has been broken down into many houses and the entire area, which now looks like a colony of residential houses, is known as Kalu Khaas ki Haveli.

In front of this cluster of houses is Gali Mochiya, which was once inhabited by cobblers. A little ahead of it are Kumharon ki Gali (Lane of earthen pot makers) and Murali Baans Wale (Lane of flute makers). In the days of the Mughal era, the residential areas of the city was divided according to the profession of the residents.

This haveli is situated in close to the Jama Masjid and the Machhli Walon ka Mohalla (Locality of fishermen). Haveli Daron Khan Ki has been named after Khan Doran Khan Mohammad Shah who was a minister in the emperor’s court.

Today, the area looks like a cluster of houses, with by lanes coming out of niches, with no trace of any mansion. One of those many lanes leads to the madarsa of Late Maulana Shah Abdul Azeej Saheb.

Bangash ka Kamra was a grand mansion that was built by Faizulla Khan Bangash on the road leading to the Delhi Gate. It is believed that the haveli was named after a mountain called Bangash that can be found in Afghanistan. In fact, even the people who lived in this haveli, were known as Bangash.